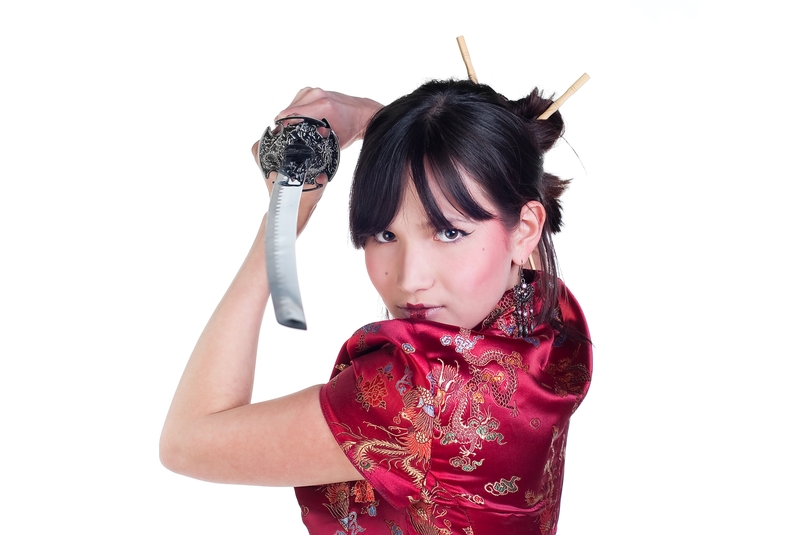 An Indianapolis woman is getting praise from around the world for what she did to fight off an intruder.

When a man broke into her east-side home just after midnight Friday morning, Karen Dolley was ready, with a Japanese-style sword.

She woke up to the sound of a man’s voice in her hallway.

“My instincts just took over and I started punching him in the face about 8 to 10 times. Yelling ‘get out get out,'” Dolley said.

Dolley could tell the intruder was on drugs. She was able to shuffle him into a back bedroom and started calling 911. Though she reached for her gun, it was in a different drawer. Her secondary weapon was the sword.

“I grabbed my sword and I put it at his back and told him to get down and he got down flat on the ground. It got a little harry at one point, he did start reaching into his right front pocket, and I said ‘you take your hand out of your pocket, put it in front of you, or I will run you through, I know how to use this,” Dolley said.

The 43-year-old was in a violent relationship about 25 years ago, and has learned a thing or two since then.

She spent some time with The Society for Creative Anachronism, a Middle Ages reenactment group.

“For about a year, I was learning the sword-play there and going up against guys that were bigger than me,” Dolley said.

Another part of Dolley’s armor is the strength and confidence she has gained through her time as a Naptown Roller Girl.

“Here it is 25 years later and I’m punching a big dude in the face and chasing him out of my house. Well, chasing him into the arms of police,” Dolley said.

Police arrived minutes after her 911 call and took 30-year-old Jacob Wessel of Greenwood into custody.

Now, Dolley has this advice for other women.

“If you don’t have an opportunity to get out, you can’t barricade, make it as miserable for the person as possible. Punch them in the face, gouge their eyes, punch them in the throat, rip their ear off, take out their knees, do whatever you can, make as much noise as possible, and just go at them. Go at them because you are fully within your rights to protect yourself,” Dolley said.