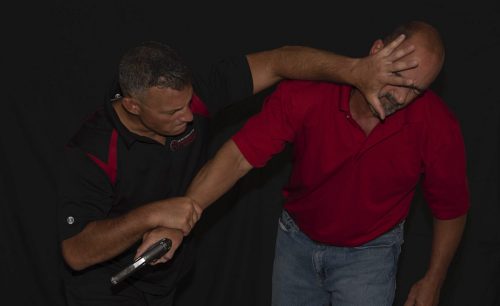 You Don’t Need a Black Belt

“Discover More About REAL Self Defense than Most Experts Will Ever Know in 60 Minutes or Less.”

Self defense isn’t a sport or a ceremony — it’s a BASIC Survival Instinct and it’s not be complicated.
The 60 Minute Self Defense™ Training Pack gives you simple tactics you can learn now and use tonight.

“The Best Defense is a Good offense.”

The Self Defense Library Included
Hundreds of downloadable articles, manuals and books.

This Introductory Discount Ends in….

"BORN IN BATTLE, CHRISTENED IN COMBAT."

The Story: 60 Minute Self Defense is a part of The Self Defense Training System Combatives Program. A method of close combat with over a century of success in more than 600 documented use of force incidents. It began in the streets of Shanghai, where hand to hand combat pioneer, W.E. Fairbairn developed these brutally effective tactics to help his officers survive and thrive in the mean streets of Shanghai. Later these methods were taught to Allied Commandos and espionage operatives in WWII. It was almost lost due to political correctness and replaced by "kinder and gentler" methods only to be relegated to a few old books and films. Luckily it was kept alive in secret circles whose primary vocation was dealing with violence on a regular basis.

Because of his work and experience, Self Defense Company Founder, Damian Ross, was invited into one of these "secret circles" and the rest is history. He took those proven methods and put them into a progressive, modern, step by step program. Next he tested those teaching methods for over seven years to 800 students.  The method was developed and refined until it became The Self Defense Training System and The 60 Minute Self Defense Training Pack is the perfect place to start.

If you're not 100% satisfied with the 60 Minute Self Defense Training Pack just email us and we'll give you your money back.

“The only time you NEED a black belt is to hold up your pants, or use it as a garrote.”

Thank you for finding us, there are a lot of options out there and self defense is one of those things where EVERYONE has an opinion, and rightfully so...because self defense is a necessary life skill that enables us to survive our worst nightmares.

The question is: How long will it take you to develop that knowledge and skill?

I've been in the martial arts since 1974 and I've heard black belt after black belt tell their students they need to spend YEARS to develop real self defense skill...and over the past few decades I've come to discover that this is a BOLD FACE LIE.

A lie told by people who run martial arts businesses that depend on collecting lengthy contracts and expensive tuitions. Now do I think these people intentionally "lie"?

No they don't. They just live in a culture that depends on people training longer and more often.

But the one thing NONE of them can explain is this: Every year, thousands of people with ZERO training defend themselves successfully against violent career criminals. Most "experts" will say they were "lucky."

Well, I'd rather be lucky than good -- but it's more than just luck...

The reason these people are successful is because they decided to FIGHT BACK. This courageous act changed the Predator-Prey relationship the criminal was counting on. The bad guy thought his target was going to roll over...but as soon as you FIGHT BACK, the bad guy needs to do a RISK - REWARD analysis. Does he continue the attack and risk getting caught, injured or identified - or does he leave?

More times than not...he leaves...87% of the time according to the National Victims Crime Survey.

Black belts are great - I have three, but when it comes to self defense, real self defense - it's not necessary.  All it takes are some proven tactics, a simple plan and the will to ACT.  Now just because you're here, I know you have the will -- 60 Minute Self Defense will give you the rest.

Self defense is about what you can do right now...not years from now.

If you want more - we can give you more...a lot more.  We have over 600 lessons and drills in the Self Defense Training System and a team of certified instructors standing by to help you. We'll teach you everything from neck dislocations to garrotes (I wasn't kidding about that before)...but it all starts here, with 60 Minute Self Defense.

Thanks again for finding us and I hope to see you on the inside.

If you’re not 100% satisfied with the 60 Minute Self Defense Training Pack just email us and we’ll give you your money back.