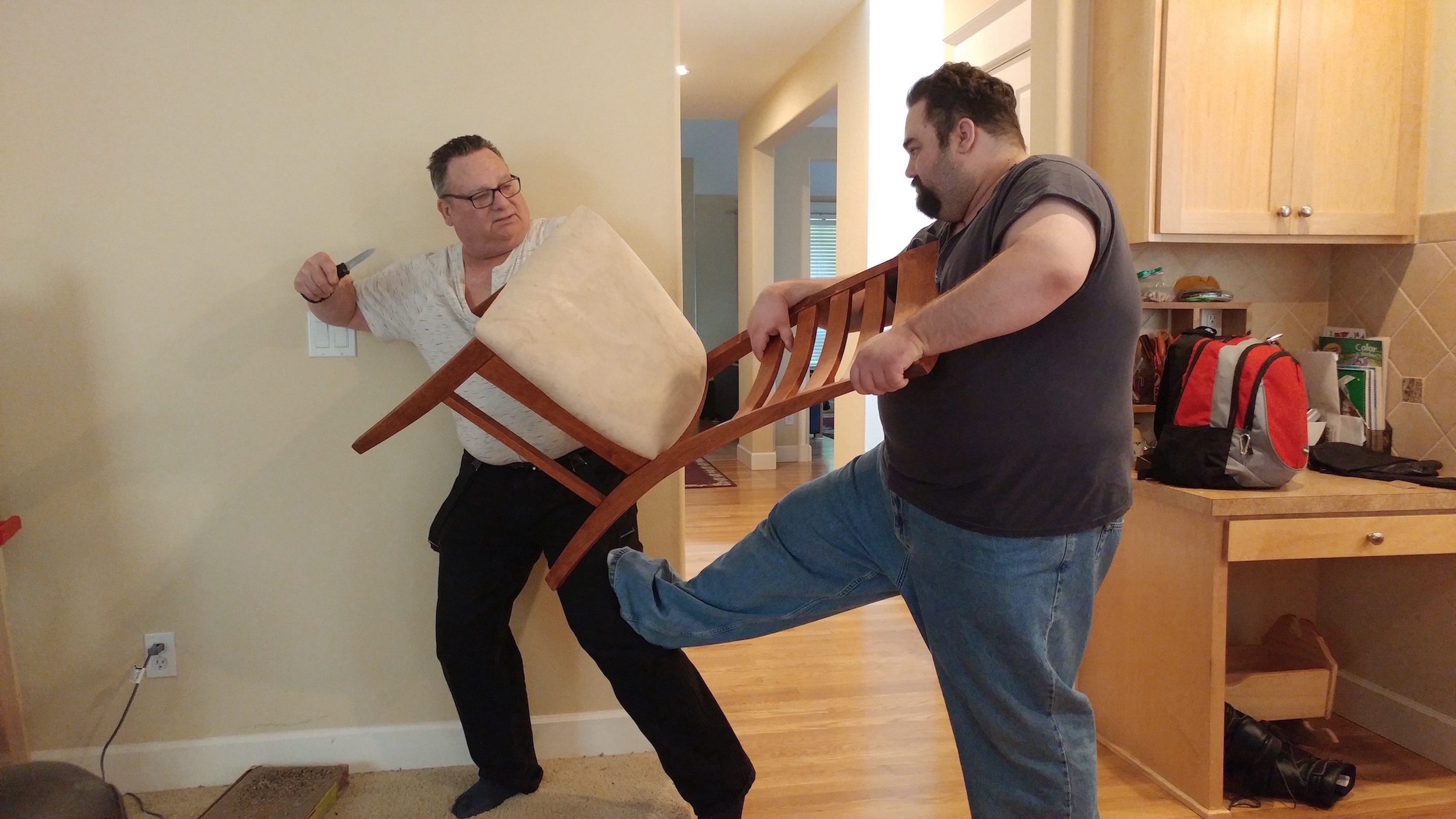 Eric and his autistic son Kevin have been training together in SDTS Combatives for several months,. Well last night that training was put to the test when Kevin, by himself, stopped the local bully from robbing the mini-mart and harassing its customers.

A while back I told you the incredible story of Eric and his autistic son Kevin who started training together in SDTS Combatives (pictured above) Original Story HERE <<. Eric reported that Kevin had started to grow more confident and more aware through their training together.

Well the other night his training was put to the test….

Kevin manages a convenience store and the other night a neighborhood bully came into his store and started harassing Kevin and the customers.

Kevin confronted him and asked him to stop. And instead of giving in to the bully’s demands, he stood his ground, called 9-1-1 and kept the situation under control for 15 minutes until the police arrived. Several times Kevin physically stopped the subject from coming over the counter and robbing the store.

As fate would have it, one of the responding officers was the subject’s sister. The police obviously know the subject well and were impressed with how Kevin kept things from escalating. In her words Kevin showed “strength and character”.

“Kevin and I want to express our gratitude for the SDTS Combatives online training course, it no doubt was the reason Kevin stood firm in the face of possible violence and overcame his self doubt with confidence in your program.”

Thank you very much!
Eric Kreutzer

Eric and Kevin, it’s our honor to be a part of this success. You and Kevin are the reason I do this – I’m glad we played some small part in yours and Kevin’s growth. – Damian Ross, The SDC

Below is Eric’s original message…

“Hello Damian you probably don’t remember us. My son has autism and studies SDTS Combatives with me and the other night  It happened ! My son manages a store and a known bully came to his store and started his bad behavior. Kevin stood his ground expecting a confrontation. Instead of giving in to the man’s demands he dialed 911 and the police showed up 15 minutes later. So for 15 minutes he held his ground and with a sense of strength he never felt before he successfully kept the man from coming over the counter and taking over and just taking anything he wanted. The police know this man very well. His sister was the cop that showed up and was impressed at how Kevin kept things from escalating into violence. In her words he showed strength of character.

Kevin and I want to express our gratitude for the SDTS Combatives online training course, it no doubt was the reason Kevin stood firm in the face of possible violence and overcame his self doubt with confidence in your program.

Thank you very much !