How to Avoid the Bump and Rob Scam 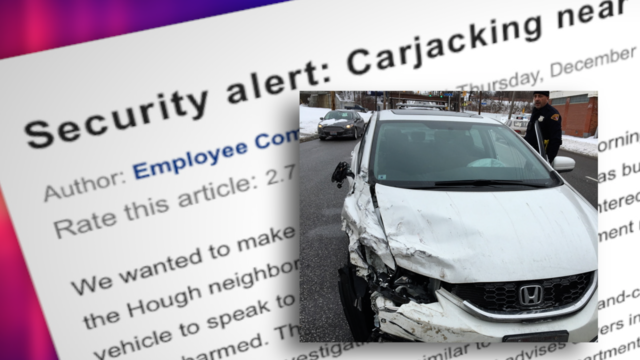 How to Avoid the Bump and Rob Scam

Police in Orange County are looking for two men who allegedly bumped into the back of a woman’s car in a staged crash and then robbed her when she got out to exchange insurance information.

The incident began about 8:45 p.m. Tuesday, when a 69-year-old woman was driving in the parking lot of the Imperial Spa in Garden Grove. A gray Jaguar bumped her car from behind. After the crash, two men got out of the car and approached the woman, but would not give her their insurance information.

The Seal Beach Police Department, which is investigating, said the woman did not have all of her insurance information so she agreed to let the suspects follow her to her home. On the way, she changed her mind and instead pulled into the Ayres Hotel in Seal Beach.

Police said while talking to one of the men at the hotel, the other man grabbed her. The woman ran into the hotel lobby, leaving her car behind. Upon returning, she found her purse had been stolen.

“It does appear that it was a staged accident. … Given the circumstances afterward, I think it’s fair to make that inference,” Seal Beach police Sgt. Michael Henderson told KTLA.

The two men fled in the Jaguar.

The first suspect was described as black man in his mid-20s, standing 6 feet tall and weighing about 200 pounds. He was wearing a gray hooded sweatshirt and blue jeans.

The second suspect was described as a black man in his mid-20s, standing 6 feet tall and weighing about 170 pounds. He was wearing a short-sleeve white shirt with an unknown logo and blue jeans.

The suspects’ car was described as a possibly older, gray, Jaguar four-door sedan with a broken right rear brake light.

What should you do if this happens to you?

Call the Police, Stay in Your Car, DO NOT roll down your window.

Tell the other driver you’re on the phone with the police and they will be there shortly.

Remember…If you feel you’re in danger or your attacker is trying to get into your car…LEAVE.

Why does this scam work?
There are few things more irritating then someone hitting your car. You know the slightest dent can cost thousands, it’s clearly their fault and you DEMAND that they pay for it. So naturally you’re going to get out of your car to asses the damage and insist that they repair it.

Remember – the same rules apply in your car as they do on the street.

These people didn’t randomly run into you. They need to make sure you’re alone and they must pick the best time to strike and that means they have to stalk you.

I realize it’s not realistic to leave the scene knowing you might have to go out of pocket for a few grand, so if you’re going to stay, make sure you call the police, DO NOT exit your car and be prepared to DRIVE AWAY at the first sign of trouble.