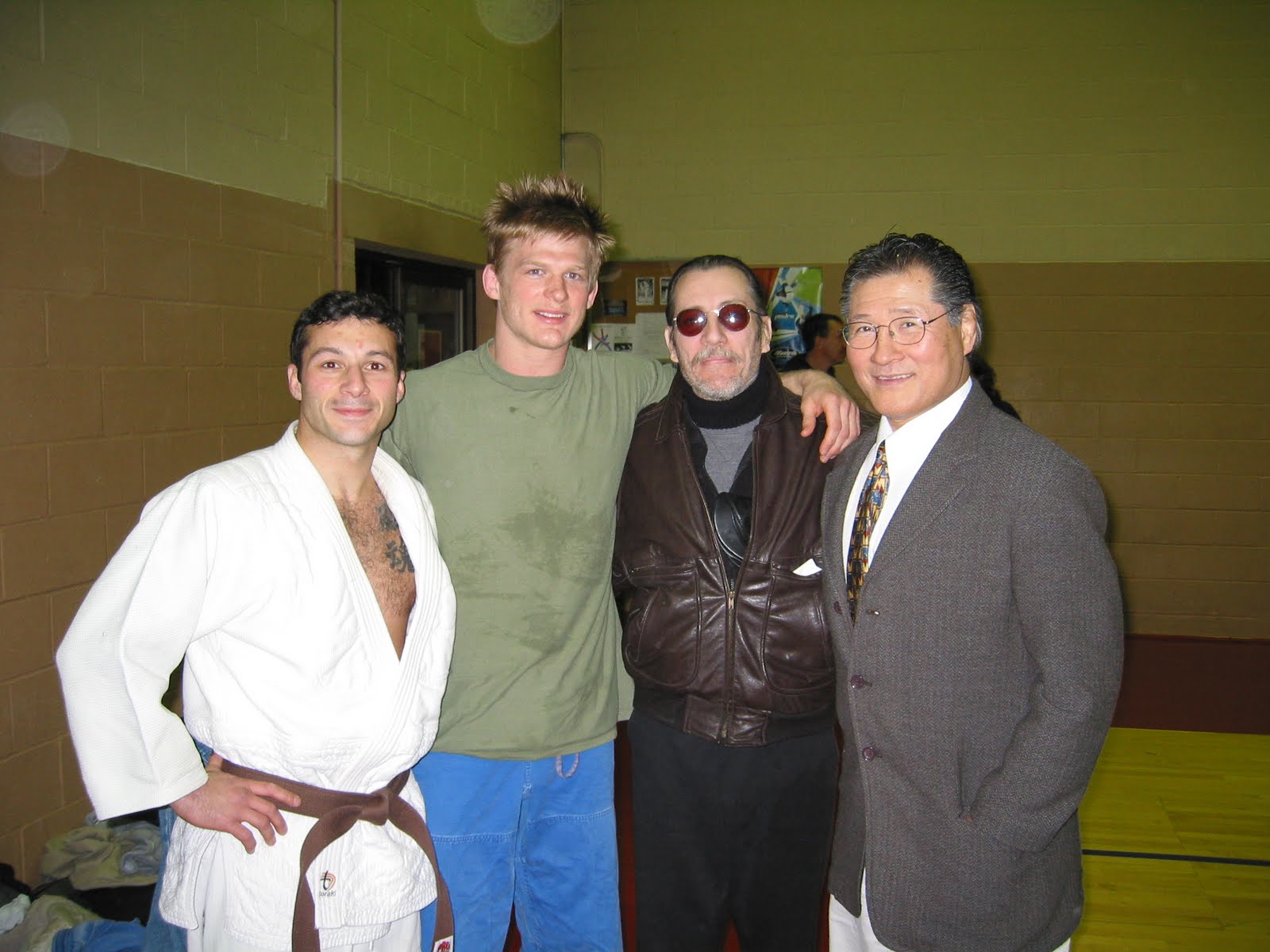 Carl Cestari Post on Self Defense Forums circa 2005 in response to people commenting that combat sports like wrestling, boxing, judo, MMA and BJJ were not effective AT ALL in self defense.

Almost EVERY “combatives” man of any note CAME from a combative sports background. Boxing, wrestling, judo. WEF and O’Neil (SIXTH DAN-Kodokan Judo-personal student of Uchijima Sensei, a NEWAZA LEGEND)are PRIME examples of this.

But HERE’S a BETTER contemporary example:

Mention his name in wrestling circles here in Jersey. HE IS A LEGEND! Go to Yonezuka’s Dojo(one of the BEST in the WORLD) and watch Damian randori against TOP level competition. Go to ZENSHIN Dojo and “hang” with him for one of his PT workouts (the man does NOT KNOW the meaning of the word QUIT!). AND THEN……..ask him to teach “self defense”. See what he teaches.

I’ll SAY it AGAIN. What a 20 or 25 year old young buck and what a middle aged businessman seek to get out of their training are TWO DIFFERENT THINGS.

As far as the “effectiveness” of ANY technique, well a FIGHT is a FIGHT. I know a guy who got his head split open from a blow with a lead pipe. Know what? HE STILL beat the shit out of the TWO assholes. SO WHAT?

You FIGHT like hell until either YOU’RE DONE or HE’S DONE.

AND why is it so hard to “get” that “close combat” is far MORE than “ax hands” and “tiger’s claws”. It’s ANYTHING THAT WORKS. Cracking someones “egg” with a blackjack is close combat. “Kneecapping” some asshole with a bat or ax-handle is close combat. Working some street punk over with “knucks” or “sap” gloves is close combat. Using a shiv, push dagger, or a friggin’ ball point pen is close combat. A steaming hot cup of coffee right in the mug is CLOSE COMBAT.

I “know” guys who have DECADES of training in sporting combatives. YEARS of competitive experience and TONS of knowledge. KNOW WHAT? Screw with them and the LAST thing they are gonna think about is ANY “unarmed” mano a mano response.

As far as “building” attributes? OF COURSE! Athletics in GENERAL build many fine and useful attributes. BUT….I know of MANY instances were individuals with NO athletic background AT ALL have overcome TREMENDOUS odds. I have also witnessed “champions” who were hell on wheels in the ring, and on the mat FOLD like the proverbial “cheap suit” when the rubber met the road for real. SO WHAT?

But here’s the REAL issue at the bottom of this ongoing debate.

But that ONLY makes sense in the PARAMETERS of that SPECIFIC endeavor. Competitive Judoka expect to compete within the well defined “rules” of THAT endeavor. They DO NOT expect to enter a shiai and be knifed in the guts by the other competitor. A boxer enters the ring and expects to fight under the agreed rules of the boxing commission. He DOES NOT expect to be shot dead from across the ring by his opponent.

Let’s say you’re a top level collegiate wrestler. By circumstances beyond your control(real life does that) you have to face several desperate well armed foes. You’re given a “choice”. Attempt to use your wrestling skills at which you are VERY GOOD, or grab a 12gauge riot shotgun.

Now let’s say you’re at a relatives wedding. The booze is flowing pretty good and Uncle Vinny gets a little out of control. Same choice as above. Use your wrestling skills to restrain old Uncle Vinny or grab the riot gun?

I DON’T GIVE A RAT’S ASS about “style”, “system”, or any of that CRAP. WHY? Because ALL I AM INTERESTED IN is what will SAVE MY ASS in the real world, when it’s for all the marbles. I have spent YEARS in Judo, I get attacked for REAL and I grab a brick and pound the skel into mush. DAMN! I didn’t get to use my Judo! OR….I get grabbed from behind and manage to toss the skel to the ground with O-Goshi, THEN I finish him with the brick. SO WHAT?

Anyone out there “getting” this! IT AIN’T ABOUT what is or isn’t “BETTER” or more “EFFECTIVE”. ANYTHING THAT SAVES YOUR ASS IS GOOD!