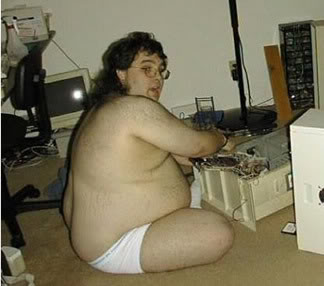 “Confessions of Murder and
the Six Million Dollar Man wants to ‘Kick My Old Ass!'”

It never ceases to amaze me what people say or admit to on Facebook. No thinking, just whatever thought misfires in their heads gets thrown out there for the all the world to see.

Oh, if you want to take a look at any of these maniacs, just click their names.

Charles Prince I’ll say this I’m trained for close quarters hand to hand combat. Excellent offensive and defensive weapons training with knives, bow staff, and projectile firing weapons. I carry a custom built five shot fifty calibur stub nose revolver that will go throu a concrete wall or dismember any target. Nothing holds up better than my hand to hand training. I was wounded by a 380 halo point in 2010. The man that shot me died three days after the fact in the hospital from massive head trauma. I am a weapon that can walk up on you across dry leaves and be close enough to cut your throat before you realize what is happening.

Did you just admit to murder?

Mark Kain I was taught dirty hand to hand combat by the CIA. Used it a bunch of times, some are still around others are not.

Was that another murder confession?

Rick Klingenhofer i carry a weapon and nobody knows shit.

Alan Blankinship I’ve been in roughly 80 fights, not counting boxing. Broken ribs, right elbow broke 3 times, can’t straighten it now. My nose looks lime Tyson had a field day with it. Hospitalized 3 times from punches to the ribs, inflammation in the lining of my heart was what the Dr. Said. Man, women are tougher than they look!

Damn Alan, did you ever win one of those fights…and who the hell was your Doctor, Ike Turner? ?!?!

Mike Keiper I was going to a “security” based cocational school years ago I was taught how to take someone down with just my thumb and ring finger , and it worked.

I knew someone else who only needed a finger…

JL Ward I’ve always had a mindset fight to Kill your opponent,because that’s exactly what he is trying to do to you.

I’m sure the prosecuting attorney is going to enjoy reading this as well JL.

Daniel Felder I wish one of you would try. My strap will take your life.

You’re going to need the same attorney as JL.

William Ortiz How about learning to love one another with one simple step beleaving you can do anything threw Christ jesus.

Maybe if I threw Christ Jesus at my attacker he’d “beleaving.”

Michael Wright I knocked out a co worker with a piece of bread.

Must have been some crusty bread.

Timothy Clark I carry mine on my right hip. Inside belt holster. Now try taking it from me.

Thanks for the heads up Tim.

“The Six Million Dollar Man want’s to Kill Me”

This wasn’t a Facebook post, but an email we received after the “I’m surprised” message in our autoresponder. This message comes after the KO cheat Sheet and series of free videos a special offer for 60 Minute Self Defense. The purpose of the message is to separate people who are truly interested in our training from those who are not. It does it’s job surprisingly well…

“I will pick you up, slam you on your back. Choke you out or rip your arm out of its fucking socket. You keep telling me what I won’t do. I’ve laid down the challenge old man. Now step the fuck up or shut the fuck up!”

Steve also threatened to sue me and promised that he’s going to come see me in April. Look forward to it Steve, my house is the one that’s surrounded by a crowd of guys in tinfoil hats. Just put yours on and get in line.