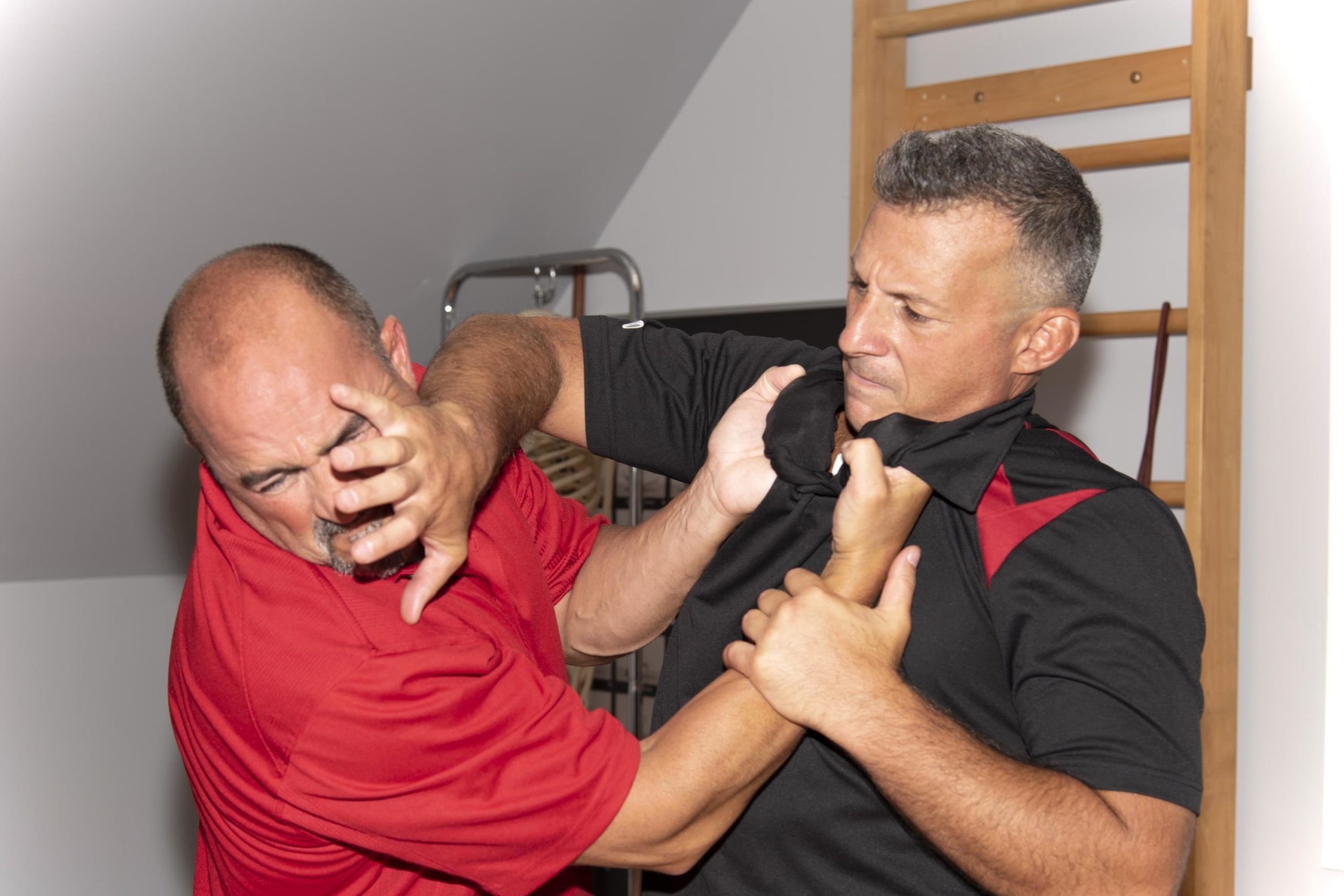 From Self Defense Training System Module 4:
Defenses Against Grabs and Holds:

So WHY the wrist grabs from the rear? First, people do practice these defenses and if you’re going to practice them, you might as well do something that works, instead of some fancy wrist release. Second, your attacker may seek to restrain you, prevent you from drawing a firearm or using your hands. Are these attacks likely, probably not – however you can never predict how someone is going to attack, but it doesn’t matter, with the SDTS, your response is still the same. Everything is based on position and distance.