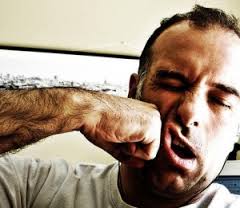 Look, if you do any of the above, there’s a good chance you don’t want to be here anyway – so we’re going to blacklist you and make sure you can’t purchase anything from us “by accident” in the future.

Owen signed up to be a Self Defense Company Instructor then let his payments decline. Mr. Brown was only a probationary instructor and never took the level 1 promotion exam to be certified. Per his agreement, he is no longer an instructor in good standing. He appears to be operating in the Philadelphia, PA area – but after numerous attempts to contact him by email, phone, and social media he has yet to respond.  Mr. Brown can contact us to talk about becoming reinstated and getting his level one certification.

at present Mr. Brown is NOT qualified to be a Self Defense Company InstructorAhmed Sameh

Reason for being disavowed – Multiple Elite Trial declines, Operation Phoenix default on payments.
From Bronze Member to Hater. Two years ago Mr. Ahmed was singing the praises of the SDTS HERE but now he tells a different story. In his words in 2016, “I spent 10 years searching for a true self-defense system, many traditional masters here [in Egypt] deceived me. I study martial arts, but I do the SDTS to protect my family.” Since then Mr. Sameh has taken a different opinion of Damian Ross and the Self Defense Company – in recent emails he used the term FRAUD to describe Damian and the Self Defense Company. And well, that’s his opinion but it’s NOT why he’s being disavowed.

Mr. Sameh is being disavowed because of multiple subscription declines, most recently Operation Phoenix. On May 24th, 2018 Mr. Sameh too the SDTS Elite Trial (order 428804) and let his subscription decline – never making a single payment. Then most recently he purchased Operation Phoenix on October 11th – the first day of its availability..and too the Elite Trial again…letting it decline again.

After multiple emails to customer service it was revealed Mr. Sameh had NO intentions of being a member or making good on the Operation Phoenix Program. You can read the email chain in a document Ahmed Sameh Emials

Raymond looks like a nice guy…but make no mistake, he’s a serial purchaser with ZERO intent on ever paying for your hard work…
Ray purchased the Operation Phoenix Program, then let the payments decline. Remember Operation Phoenix is a NON REFUNDABLE program.  But he didn’t stop there…he purchased the Knuckle Duster Program Plus the ELITE Membership (guess what happened next…he let those decline as well).

We understand if you purchase one program and stopped but after that, you’re just taking advantage. If you don’t like what you see…no problem, just part ways, but don’t try to work the system — WE WILL NOTICE.

On July 27, 2018 Brett Ordered 60 Minute Self Defense, Guardian Weapon Retention and made 3 out of the 4 payments of his Elite Membership.

Now if Brett got the Elite Program by accident and wanted to cancel for a full refund, he could have by September 1, 2018. But he didn’t. Instead, he stayed on as a member, made 3 payments, and then decided to issue a chargeback for his payments.