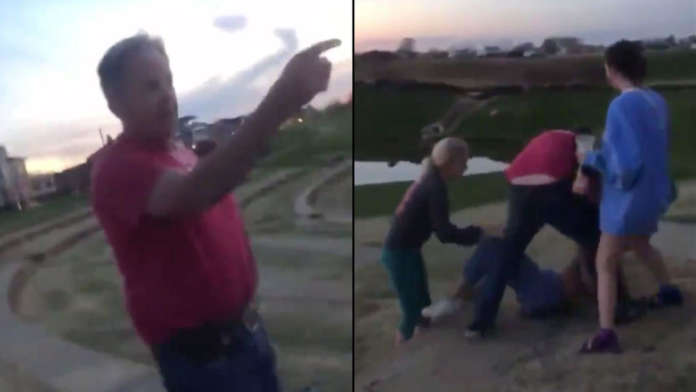 LOUISVILLE, KY — The suspect “without consent … applied pressure to victim’s throat and impeded her breathing,” according to a police report.

A Kentucky doctor who violently attacked a group of teen girls, choking one of them, apparently for failing to practice social distancing, was arrested after a video of the incident went viral over the weekend.

This video, which was posted to Reddit and titled, “Man strangles teenage girl for failing to social distance,” shows a man approach at least four girls who are on a picnic blanket. A woman near him appears to film on her phone as one of the girls tells them the group is leaving.

It’s unclear what happened before the video began, but one girl says to the man, who is staring them down, “Please, let’s not cuss at each other.”

The man then calls one of the girls an “a–hole,” before both he and the woman go after the group. The man shoves three girls before lunging at a fourth girl, appearing to pin her on the ground. The girls scream, and one pleads with the man to “seriously, get off of her!”