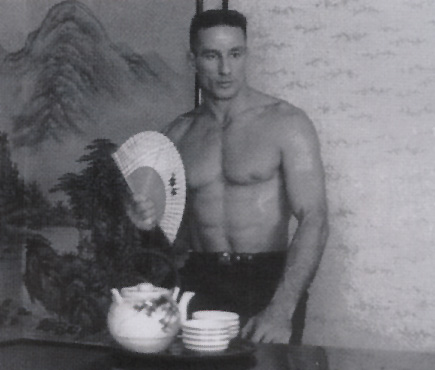 This is the guy Steven Seagal tried to be.

Donald Frederick Draeger was probably the most respected American martial artist in Japan and he is the MOST prolific martial arts author of all time. I know, I know…Bruce Lee wrote one book (well he technically started it, the book was completed 4 years after his death by his wife, a publisher and several students who pieced it together). Donn Draeger wasn’t a Gracie nor did he compete in the UFC, but nonetheless he was a proponent of the “mixed martial arts” concept until his untimely death at the age of 60.

If you consider yourself a student of martial arts, then Donn Draeger is someone you should know.

Draeger joined the U.S. Marines at the end of World War II and served during the Korean War. He retired from military service in 1956.

Draeger reportedly began his involvement in the martial arts while living in the Chicago area, at around the age of 7 or 8.[11] His first training was in jujutsu, but he soon changed to judo and by age 10, he reportedly achieved the grade of 2nd kyu (the lower of the two levels of brown belt).[11][12]

By 1948, Draeger was ranked 4th dan in judo. This grading occurred before 1947, so it probably occurred while he was stationed in China in 1946. His known judo instructors in Tianjin included Mike Matvey.[17]

Draeger officially represented US judo interests during international contests held in Cuba and Belgium in 1953,[21] and in 1964, he was named the United States Amateur Athletic Union judo representative in Japan, in anticipation of judo’s inclusion in the 1964 Olympics.[22]

Draeger also participated in judo activities in Japan. For instance, in 1961, Draeger and British judo athlete John Cornish were the first non-Japanese athletes selected to demonstrate nage-no-kata during the All-Japan Judo Championships.[23] Draeger became a member of the Nihon Kobudo Shinkokai, the oldest Japanese cultural organization for the study and preservation of classical martial arts. He was the first non-Japanese practitioner of Tenshin Shōden Katori Shintō-ryū, achieving instructor status (kyoshi menkyo) in that system. He also held high ranks in Shindo Muso-ryu jodo, kendo, and aikido, among other arts.[24][25][26]

Draeger studied the evolution and development of human combative behavior and was director of the International Hoplology Society (IHC) in Tokyo until his death in 1982.[27]

Below is video of Draeger instructing Sean Connery on the set of the Bond Film “You Only Live Twice”.

Donn Draeger Books (several of these are co-authored by Robert Smith and others):

He spent decades traveling, studying, training and writing. He pioneered weight lifting for competitive judo in Japan and it was his life’s work to expose the west to true bushido. There was something about Draeger that captured the spirit of the martial arts. It’s unfortunate he doesn’t get nearly the recognition garnered by many lesser martial artists.