How to escape a sinking car. 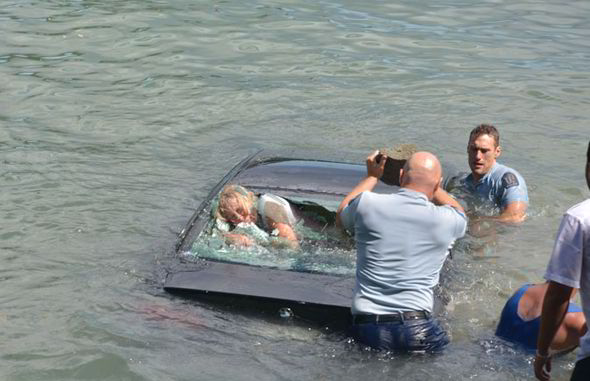 How to escape a sinking car.

Did you know that over 400 people each year die inside sinking cars?

You would think it would be a rare event, but careening a car into a lake is not the only way that people perish in sinking cars.

It happens in the aftermath of hurricanes and floods, thus, we cannot over-stress the importance of having this knowledge so that you can escape and survive.You can see that not long after, she is already trapped.

You would be surprised at how LITTLE water it takes to move your vehicle. In the fire service we have regular water rescues of people who try to drive through a flooded roadway.

All of them “thought they could make it”  but found themselves being pulled down stream and trapped. IT IS NOT A GOOD WAY TO GO!

Like self defense…getting your information from movies and TV will get you killed.

The media trains you to call 911 for assistance as your vehicle is submerging in water. Police and Rescue cannot reach you in time.

Each year, dispatchers are haunted by the last words of people who chose to call 911 instead of act in the most crucial 30 seconds of their lives.

You have only 30 seconds to act, make them count and follow these simple steps…

3. Get Out through the front windows if the rear windows don’t roll down all the way.
If you are unable to unroll your window you can easily break the window with a glass breaking tool within grabbing distance.

4. Kids – get the older, more mobile kids out first, then the baby carrier.
Teens – YOU get out FIRST then assist them from OUTSIDE the vehicle.

The following two minute instructional also shows you exactly how to do this:

This poor woman had mere seconds of breath left when an officer just happened to see her car go off a cliff and he found a rock!

You can see that not long after, she is already trapped.

But the vast majority have not been so lucky. Thank God for the officers who saw her and acted!

Again, the above situation is a rare miracle, but also shows how little time we have to act in this emergency survival situation.

From now on, 911 dispatchers are trained to say “Get out now!” which doesn’t really help if you don’t know how…but now you do.

Thats it, keep it simple…