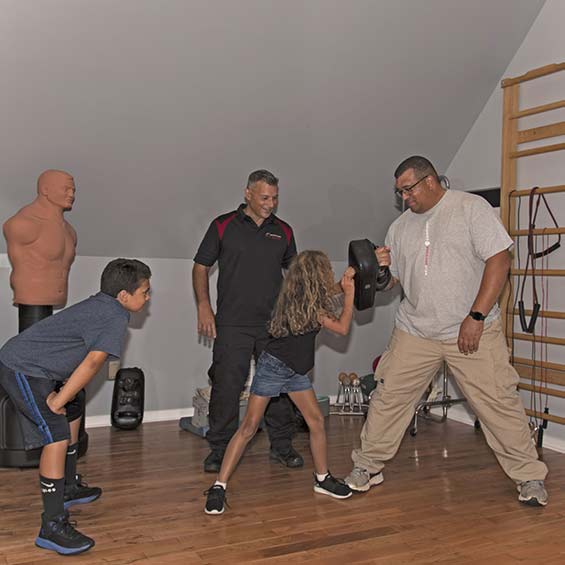 “Help Your Kids Defend Against Bullies and Find Safety in Any Situation.“

Developed by a team of law enforcement, advisors and psychologists, the Family Safe Program gives you the tools to show your child how to think on their feet without causing anxiety. 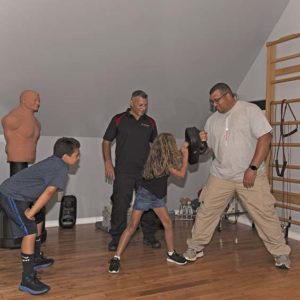 The Family Safe Program™ will give you the tools to show your loved ones what to do in a moment of crisis. That’s why we’re giving Family Safe away for over 50% off…because good people need to know this information.

The On-Demand Family Safe Course will show you:

Because we feel everyone needs this valuable information, we’re cutting the price in half.

Felt anxiety around how your children would respond in a moment of crisis?

Dropped your kids off and said a prayer for their own personal safety?

Wondered if your child had the "street smarts" to survive a casual encounter with a predator?

Wanted to have real life conversations with them about violence but didn't want to scare the heck out of them?

Experienced anxiety every time you hear about another tragedy, never knowing if your child could be next?

If you're a parent, I know you answered YES to all of those, so please keep reading...

The Truth is 85% of the People Who Commit Crimes Against Children are Familiar to Them.

That means it's possible that someone in THEIR Inner Circle - a coach, neighbor, relative, teacher, aid, clergy - anyone with access to your child has the potential to do your child harm. Fortunately there are a set of skills you can give your child that will make them LESS LIKELY to be targeted.

From the Desk of: Damian Ross
Founder of the Self Defense Company
RE: The Family Safe Program

Let's face it, the world can be dangerous. As a father and a first responder, I know first hand just how dangerous it can be and giving my kids the tools to survive outside of my supervision is PRIORITY NUMBER ONE. After all, we can't watch them 24-7, eventually they're going to go off into the world.

They go to school, a friend's house, the park...many places where they can be exposed to predators who have spent their lives going undetected.  Bullies learn to target victims whom they know they can impose their will.

Years ago, as a martial arts teacher - I used to teach kids to "fight adults". This was cute for the demo, but in the real world it had ZERO change of success. Finally when I had my own children I did some research. I studied, met with psychologists and worked with officers in the local Special Victims Unit to come up with a system to teach my own kids...and that's how Family Safe was created.

It's simple, and easy to teach your kids. NO - you're not going to make them sit and watch it.

Family Safe is going to show YOU how to help them.

After all, it's better coming from you.

Thank you for stopping by.

As always we want you to be SUPER satisfied with your program and if you are unsatisfied in ANY way, please contact us and we will give you your money back. This program is too critical, too important not to work.

Thank you for stopping by and here’s to keeping them safe.