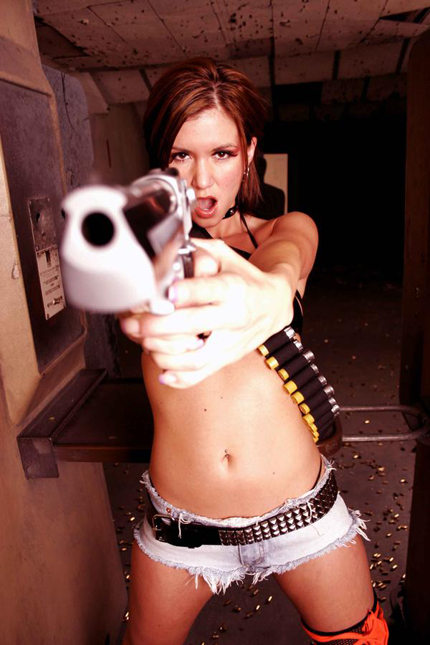 Prostitute Kills Serial Killer with His Own Gun

This is the incredible true story of how a woman, with no training whatsoever – disarmed and killed a larger, stronger, armed, known killer in self defense.

The following article is from the Associate Press –

An unnamed woman in Charleston, West Virginia, has become an unexpected heroine to sex workers everywhere. This after having a real-life Dexter as a client. 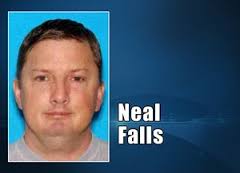 According to Charleston police and the woman’s own interview with KPTV, she realized that something was wrong shortly after 45-year-old Springfield, Oregon, native Neal Falls arrived at her apartment after answering an escort ad she’d placed on Backpage.

“I knew he was there to kill me,” the visibly shaken woman told KPTV after being released from the hospital, where she was treated for broken vertebrae and lacerations. “I could tell that he had already done something because he said that he was going to prison for a long time. And that’s when I knew he was gonna kill me.”

When Falls began to strangle her, she said, she reached for a nearby rake. Falls put down his gun to try and wrestle the rake out of her hands—that’s when she grabbed the gun and shot him. Falls died from the gunshot wound, and she ran outside to get help.

When police arrived, they found an extensive “kill kit” in the trunk of Falls’s Subaru. In the trunk were knives, a shovel, a machete, several axes, a sledgehammer, a pair of hiking boots covered in dirt, trash bags, and cleaning supplies.

In Falls’s pocket, said police, they found a list of names of future targets: all sex workers who advertised on Backpage. Police have not released the names, or the exact number, of women on the list.

“We have been able to locate most of them and they were all on a website advertising for escort services,” Lt. Steve Cooper of the Charleston, West Virginia, police department told the Huffington Post on Wednesday. “The stuff that we found is so alarming that we want law enforcement across the country to be aware of it.”

Cooper told the Huffington Post that the police department is investigating Falls, and knows, so far, that he previously worked as a security guard in Oregon, and may have been living “off the grid” out of his car.

Police also said that Falls’s DNA is being entered into CODIS, the national law enforcement DNA database. They already suspect that Falls may have been connected to a series of murders of sex workers in Chillicothe, Ohio, just two hours from Charleston.

Chillicothe is a small town of only 21,000 people, and six women went missing within the space of a year. Four were found dead, and the other two were still missing as of a June CNN report.

Police in the town oddly scoffed at the idea of a serial killer, but locals told CNN that’s exactly what had happened. Most of the women knew each other from the same drug rehab, and many had engaged in sex work. All four deceased women were found in or near bodies of water, one wrapped in a sheet and another shot in the head.

Sex workers have long accused law enforcement of not taking cases seriously when their community is targeted by violent serial offenders. When Gary Ridgway—also known as the Green River Killer—finally confessed in 2003 to the murders of at least 48 women throughout the Northwest, he admitted that he thought no one would notice if he killed sex workers.

In a way, Ridgway was correct. When four young women were found murdered in Long Island in 2011, one victim’s mother told the New York Times that she had struggled to get law enforcement to care about her daughter’s death.

“I think they look at them like they’re throwaway,” said Mari Gilbert, mother of 24-year-old sex worker and aspiring actress Shannan Gilbert, whose bodied was discovered that May. “They don’t care.”

With Neal Falls now dead, police are playing catch-up, trying to connect his DNA to murders of sex workers all over the country.

Backpage, which is perhaps the biggest and most common outlet for placing escort ads, has been under attack recently as credit card companies refused to process ad fees and law enforcement in various states pressured the site to shut down. They allege that Backpage is frequently used by sex traffickers.

But sex worker advocates have said that Backpage and other online outlets are a safer way to meet clients and actually can reduce trafficking, coercion, and violence. Others pointed out the irony in targeting a website that runs classified ads of all kinds but failing to address the use of guns and other weapons used in violent attacks on sex workers.

Lt. Cooper called Falls a “bad actor” and pointed out what many sex workers might recognize as a tell-tale sign of a serious problem.

“He made a deal with the victim to exchange money for her services as an escort,” Cooper said. “He brought no money with him. What he brought with his was a firearm, four sets of handcuffs, and all of the items you have photos of from the trunk of his car. So… clearly his intentions were dark.”

The national sex workers advocacy group Sex Workers Outreach Project offered safety tips on its website, directed at not only escorts but workers in several areas of the adult industry. In a section titled “Screening 101,” the Chicago chapter of SWOP detailed steps to increase safety when meeting a new potential client for the first time. Those include things like asking for ID, taking down the details about a person’s car (including the license plate), and asking for a place of employment and other references.

For now, the unnamed woman who shot and killed Neal Falls in self-defense stands as an example of bravery and survival in an often dark climate of violence against sex workers. For that, she’s a sort of sex worker superhero.

Time to read between the lines.

Why was she successful?

Tactical reasons for her success: The killer tried to strangle her – he didn’t want to shoot her. Shooting her might have drawn too much attention. Think about that for a second, if someone is threatening you with a firearm and NOT shooting you already, they need something from you first. The threat is your time to react.

She hit him with a rake. Now I don’t know how a rake, a sex worker and a serial killer get in the same place, but using what ever is around you to inflict injury on your attacker WORKS. I’m a huge advocate of improvised weapons. Anything that you can pick up and strike with (or throw) will act as a distraction at best.

Then the killer made a tactical error that 99% of all people teaching self defense make and it cost him his life – He attacked the weapon.

Most systems tell you to “disarm” and control the weapon. This is a HUGE MISTAKE and you need to make note of it.

The killer focused on the weapon, not his target. While he’s trying to secure the weapon our hero, secured the gun.

How was  she able to do that? She was focused on her objective – STOP THIS SOB.

When your intent is to injure your attacker, the weapon is secondary, as it should be. You need to train with the intent of stopping the attacker.

Observation 3: The police in Chillicothe, Ohio are either lazy, stupid or both. Sorry people in a town of only 21,000 people where and six women went missing within the space of a year and then four were found dead and all of them prostitutes…and you still don’t think you have a serial killer operating in your town. I grew up in a town of 24,000…it’s not that big and when people get killed you tend to notice. The bigger question is, what are all those prostitutes doing in your town?

Observation 4: Backpage got some free advertising. Now anyone looking for Escorts will go there.

Observation 5: Never trust any one who drives a Subaru and is a Security Guard (just kidding, couldn’t help it)

Observation 6: The typically useless “safety” tips from the experts. In this case – Sex Workers Outreach Project (SWOP – they need a better acronym).

These aren’t safety tips, I like to call them, “use this to find my killer after you discover my body in a shallow grave” tips.

Here are their suggestions.
1. Asking for ID
2. taking down the details about a person’s car (including the license plate)
3. Asking for a place of employment and other references

No serial killer in his right mind would ever give false information or even if the police discover you wrote down his license plate…YOU’RE DEAD!!!!

At the end of the day you’re going to have to FIGHT FOR YOUR SAFETY!

No amount of information gathering and prescreening is going to stop someone who wants you dead. The only person who can stop someone from killing, raping or hurting you is YOU.

Safety is your own responsibility.

This woman SURVIVED and KICKED ASS. I’m guessing she wasn’t a member of Delta Force or had tactical training, yet she defeated and killed a LARGER, ARMED MAN all by herself.

Not only was this guy bigger and stronger but he had intent on killing her and had killed before.

The one thing you should take from this that YOU CAN DEFEND, You CAN SURVIVE and YOU WILL WIN.

PS. I know most self defense experts would say this woman was “lucky” and suggest not taking the chance – I CALL BULLSHIT. The odds are in your favor if you fight back. We know one thing is for certain, if she didn’t fight back she would be dead.

PPS. She disarmed him with a RAKE – no fancy moves needed!