How Long Does it Take to Learn Self Defense 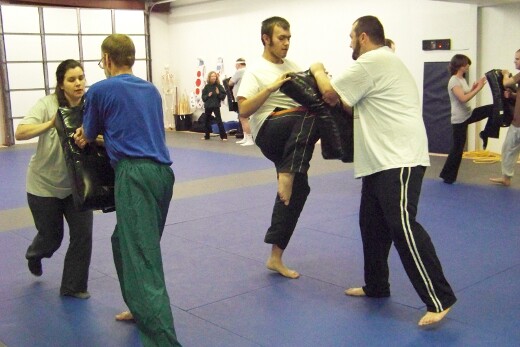 How Long Does it Take to Learn Self Defense

How Long does it Take to Learn Self Defense?

“Hey Damian, I am glad to say Merry Christmas and a Happy (safe) New Years to you and yours.

I have not been on the SDTS Training Platform for a while as I feel pretty good with my current skills but will get back to refresh my lessons.  I still keep up my fitness, stretching, cardio, and light strength training, and train my favorite SDTS tactics on a regular basis “as always”. I read other martial arts information as part of my regular literature review.  I have two Century BOB Versys and kick the snot out of both of them on a regular basis.”

Respectfully,  Your humble, sometimes not so humble (laughing) student,

Hearing that Jerry’s not training that much makes me VERY HAPPY because that’s EXACTLY how the SDTS is supposed to work.

When I started teaching in 1992 I realized VERY quickly that adults with lives, jobs and families still need to pay rent and mortgages. They don’t have a ton of spare time to dedicate to the “pursuit of perfection” as espoused by the martial arts.

By design martial arts is a business built on the need for students to train longer and more often. The longer you train, the more money you spend. This leads to higher testing fees and guilt trips for missing a few classes because you had to work late. I don’t think every instructor out there is devious – it’s the reality of the martial arts business model and this doesn’t work for most adults.

You have a career, a family and responsibilities. You may have health issues and injuries that restrict your physical ability. Trying to keep up with a class a few times a week is just not a reality for you – but that doesn’t mean you can’t protect yourself.

That’s why the martial arts “formula” doesn’t work for many adults. That’s also why it’s an industry dominated by children and 20 somethings. People who don’t yet have the responsibilities of a career and family.

The vast majority of adults don’t want trophies or belts, they want self defense. They want what works and they need it now.

This became the purpose of the Self Defense Training System (SDTS) and Jerry and thousands like him, are living proof.

My goal was that even if someone only spent one session with me, they would walk out knowing something they could use that night. If they wanted more, they stayed longer…..and I never shamed them when they missed class or had to stop training.

There comes a point in The Self Defense Training System when you have all you need.

My friend Jerry is at that point.

After he want through the SDTS Elite Program, he stays in shape, practices his favorite SDTS Techniques (the ones that work best for him) and…this is the most important part…HE LIVES HIS LIFE.

Jerry’s personal program is similar to my own. I don’t spend every waking moment SDTS training…been there, done that. I’ve reached a point where keeping myself in shape and my core techniques sharp.

I actually want you to train less and for a shorter amount of time…crazy right?

This is possible when you strip all the sport and ceremony out and focus on ONLY what works for self defense.

In reality there’s a finite number of techniques and tactics on which to focus. After you go through the training you figure out which ones work best for you and that’s the stuff you take with you.

I’d love to take all of the credit, but I’m just one person.

I’ve had instructors and mentors and there’s over a century of research and development behind what you’re uncovering. I just put it into a simple, step-by-step online training program.

At the end of the day, Self Defense is a life skill, not a lifestyle.

Every one should know how to protect themselves without having to spend years paying God knows how much for something that’s more sport and tradition than self defense.

Now Jerry has asked to remain somewhat anonymous so I won’t go into his background more than this – he’s a highly educated veteran who has extensive first hand experience with real world violence.

Thanks again for the holiday wishes Jerry, stay safe and warm up there.