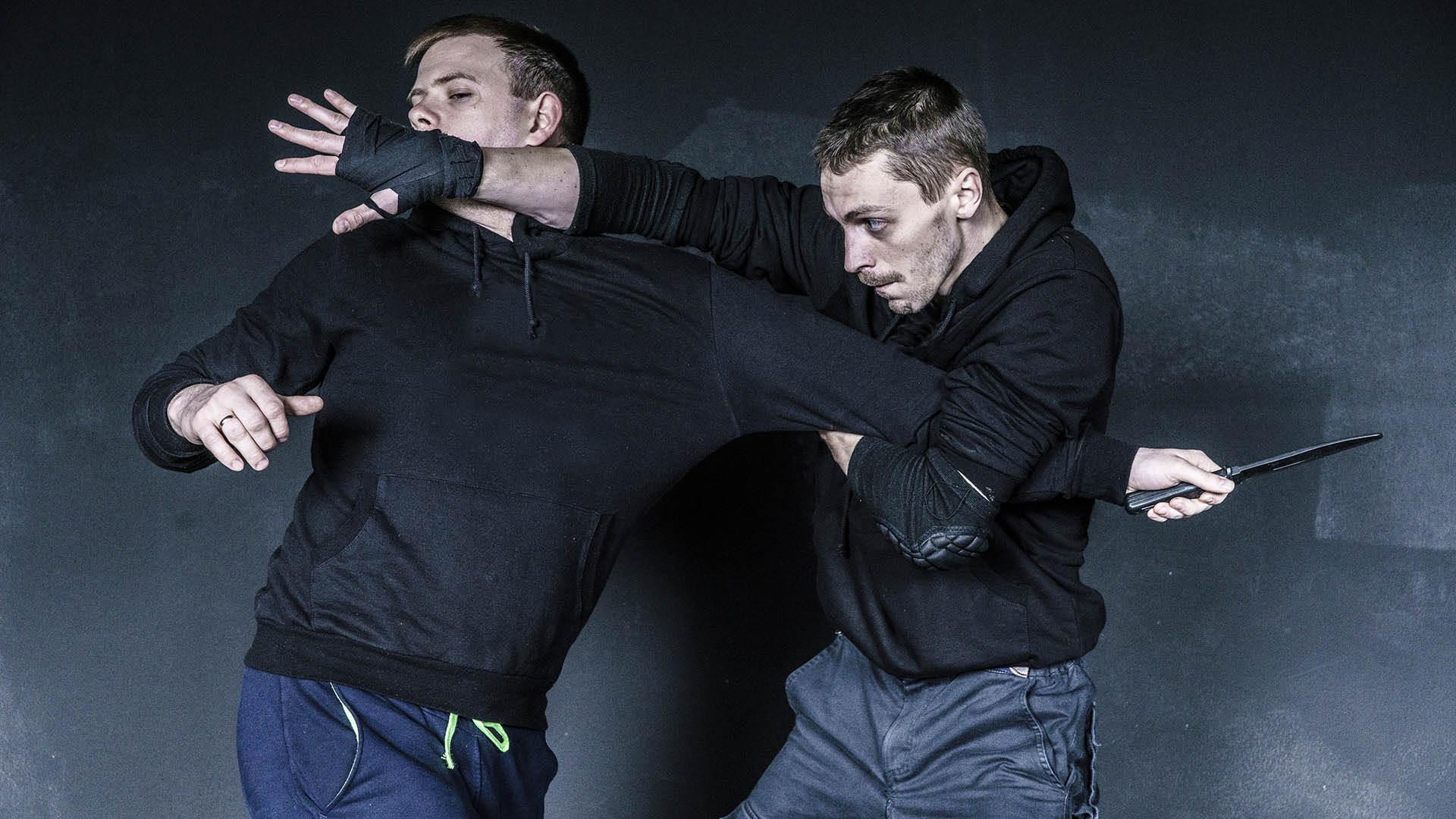 We get emails and comments all the time about Krav Maga and I don’t hate it…to me it’s just like any other martial art.

Why do people believe in Krav Maga?

Because it’s taught to Israeli Soldiers and if it works in the fight against terror it will definitely work for you…sound about right?

So let me ask you – what do you envision…Israeli soldiers in handwraps killing terrorists using the SAME EXACT MOVES you learned in class last night? Do you imagine them springing into action like Chuck Norris – kicking ass and taking names?

It’s true – people actually think the Israeli Army is fighting terror with techniques that are taught in strip malls all over the world and I think it’s silly.

If you think an Israeli Commando needs Krav Maga to be a badass…think again.

Those dudes are tough SOBs without any training – they are the professional athletes of the military who have natural talent and an iron will beyond your comprehension and will do whatever it takes to win. Krav Maga has nothing to do with it.

But since you do Krav Maga,  you believe that system will make you as fast, as strong and as tough as you imagine an Israeli soldier to be.

I realize it sounds ridiculous when you put it like that, but deep down on some level…this is what some grown ups actually think.

The fact is – Krav Maga is no more or less effective than ANY OTHER martial art.

Think of it this way…if you did Tom Brady’s exact workout and nutrition plan for the next 10 years – sure you would be in better shape, but you would not be winning a Superbowl anytime soon.

Krav Maga does the same thing in their marketing. Just because it’s “endorsed” by the Israeli Army doesn’t mean that if you do it, you will be anything like the Israeli Special Forces. Krav Maga is a Martial Art that is meant to promote Israeli nationalism and pride. Just like JUDO for Japan, TAE KWON DO for Korea and BRAZILIAN JIU JITSU for Brazil.

But still, there are adults who actually believe that KRAV MAGA is key to Israeli survival in the middle east.

When in fact the only thing keeping Israel safe is superior firepower, intelligence and…umm…the United States and other allies.

Now if you wanted to base your training on what the most elite fighting force on the planet does…It sure as heck would not be the Israeli Army.

There are a few countries that could decimate the Israeli Army in a weekend – North Korea, China, the U.S., and Great Britain just to name a few.

Oh, and if you’re going to base your training on a martial art that’s used by country’s military to fight terror – hands down your choice would be Tae Kwon Do.

So we get an email from a nice enough guy telling me that Krav Maga fights terror and he sends this video as “proof”:

There is no doubt this guy is tough as nails and I’m a big fan...but how did he defeat the knife wielding “terrorist”?

And where have you seen someone teaching how to use a chair against a knife??

Not in Krav Maga…

The only lunatic who has been teaching you how to use a chair against a knife since 1992….IS ME!!!

Look, if you want to believe that the reason the Israeli Army can fight terror and stay safe is because it’s soldiers are using some form of karate – be my guest.

And if you think people in the martial arts don’t lie and stretch the truth to promote their business…well that’s been going on since before Mas Oyama cut the horns off of a bull.

Years ago I was talking with Rob O’Neill (he was the leader of the SEAL team who shot Bin Laden) and when it came to hand to hand combat he said – “I don’t know – I just shoot the guy.”

This is always been my point – you do what works – FAST AND FIRST. No soldier is going into any conflict relying on hand to hand tactics.

Furthermore – what a heavily armed, fit, trained soldier on a mission to kill or capture with a team of other soldiers READY to do the same has NOTHING to do with you, outnumbered and alone.

Soldiers win battles through accurate intelligence, superior numbers, superior firepower, the ability to adapt and the will to do whatever it takes. And when it comes to hand to hand combat – they’re going to bash you in the head with a rock – not put handwraps on and spar!

To be honest, from a marketing standpoint it would have been much easier for me to call the SDTS some form of  Krav Maga…heck I would have had a built in market.

In the 90’s I looked at Krav Maga and it was really no different than what I was learning in Tae Kwon Do.

They do specific defenses and complicated techniques that require fine motor skills that you CAN’T perform under stress.

And if Krav Maga is a true “military system”, why do I see Krav Maga instructors teaching Filipino Knife and Stick Fighting?

Why don’t I see firearm retention and other aspects of a close combat military system?

Because it’s a martial art.

Which is fine, but it’s not going to transform you into a super soldier.

Hey –  if you love it, you have a great instructor and great friends, who am I to tell you not to do it. But make no mistake, you have about as much in common with an Israeli Special Forces Soldier than you do Tom Brady.