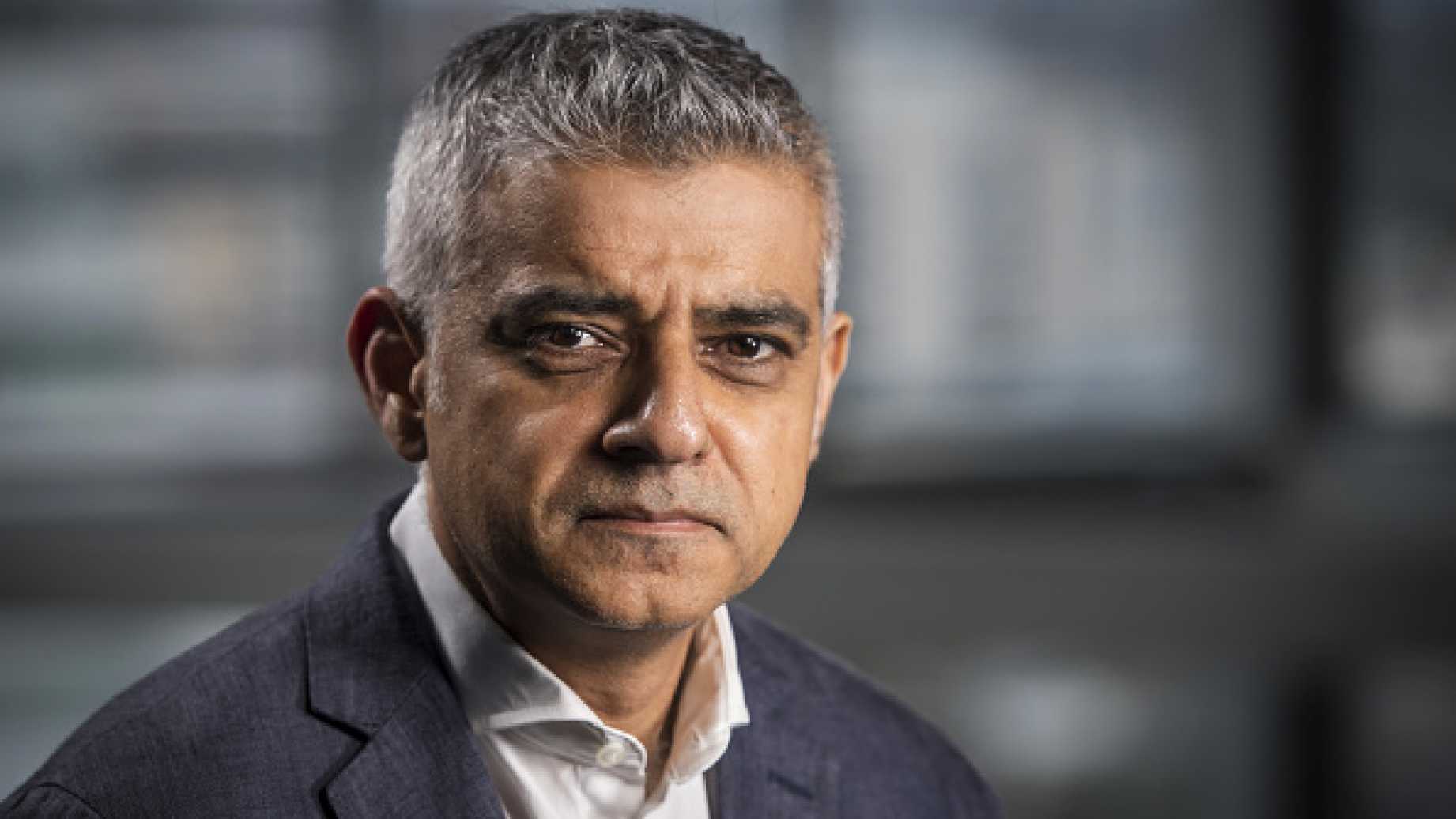 An epidemic of stabbings and acid attacks in London has gotten so bad that London mayor Sadiq Khan is announcing broad new “knife control” policies designed to keep these weapons of war out of the hands of Londoners looking to cause others harm.

The police will now stop and frisk people believed to be carrying knives.

The “tough, immediate” measures involve an incredible police crackdown, a ban on home deliveries of knives and acid, and expanding law enforcement stop-and-search powers so that police may stop anyone they believe to be a threat, or planning a knife or acid attack.

Khan announced Friday that the city has created a “violent crime taskforce of 120 officers” tasked with rooting out knife-wielding individuals in public spaces, and is pumping nearly $50 million dollars into the Metropolitan Police department so that they can better arm themselves against knife attacks. He’s also empowering the Met Police to introduce “targeted patrols with extra stop and search powers for areas worst-affected,” according to a statement.

The mayor took to Twitter to announce his new policies. 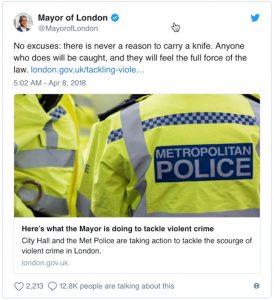 Strangely enough, Khan is responsible for decreasing the number of stop-and-searches, having previously declared the tactic racist and potentially Islamophobic. It’s also not clear what local Londoners will now use to cut their food.

Parliament is also set to take up heavy “knife control” legislation when it resumes this week. The U.K. government is expected to introduce a ban on online knife sales and home knife deliveries, declare it “illegal to possess zombie knives and knuckledusters in private” — “zombie knives” are those defined as being manufactured for the purpose of being used as a person-to-person weapon — and ban sales of caustic materials to anyone under the age of 18, the Independent reports.

London has seen a dramatic uptick in murder rates, surpassing even New York City in the number of homicides every month since the beginning of 2018. It has some of the strictest gun control laws in the world, and, technically, knives carried “without good reason” are off limits to anyone under the age of 18.

Reported in the DAILY WIRE HERE