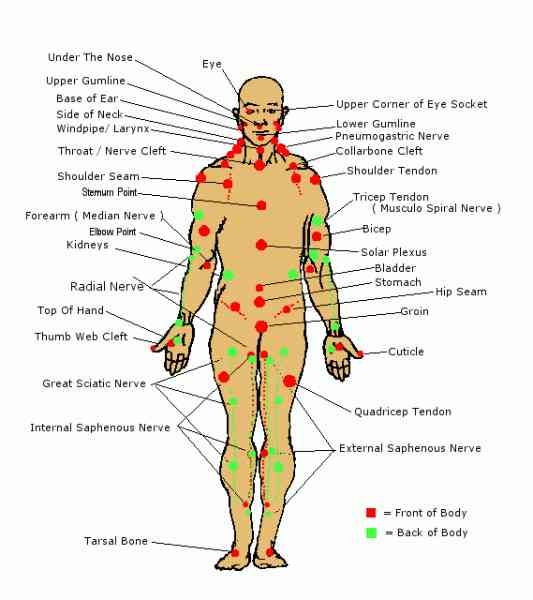 The idea of pressure points is appealing…striking an unlikely place on the human anatomy with minimal effort causing a knock out (or worse) is very appealing. But can you actually knock someone out or take someone down with a quick strike to the wrist or side of the head?

Take this video for example…

Do you think merely placing your hand on the side of someone’s head (0:08) will knock them out or hitting their forearm (0:18) will take them to the ground. Trust me – after DECADES of wrestling and Judo on all levels – if that were to work…we would have used it. If taking someone down was THAT SIMPLE…someone other than this cat in Denmark would’ve figured it out for real a long time ago.

Let’s put it this way…

Think about all of the sports and the billions of dollars involved…you don’t think for a second that these “pressure points” weren’t studied and examined…or at least tried? If they really worked – every cop and soldier on the planet would be using them by now.

But NO – this guy in Denmark has the secret.

This is horse hockey….fortunately the truth isn’t that complicated.

This is what should you know about PRIMARY target areas? Carl explains it in about 3 minutes…

There’s NO magic to this stuff. What we know, has been studied and scientifically EXPLAINED. Now there are places on the body (usually where bone is close to the surface of the skin) that when pressed will cause a higher level of pain – but once you add adrenalin to the mix, most of those pressure points DON’T WORK.

I would love to be able to “touch” someone in their arm and have them fall down instantly…that would be totally bad ass – but unfortunately…it’s a fantasy.

Sometimes we want to believe so much…we’ll believe anything.