SELF DEFENSE FOR WOMEN

“Discover How to Execute The Most Effective Defenses to the Nine Most Common Attacks on Women.”

Reality Check is an on demand video program that will show you EXACTLY how to protect yourself against the most common street attacks using The Self Defense Training System ( SDTS) Combatives Program. 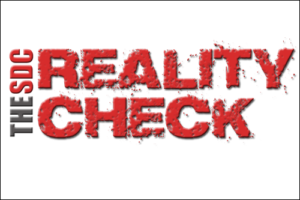 We’ve Identified And Compiled The 9 Most Common Brutal Attacks With The Exact Methods To Protect Yourself So You Never Fear Another Man Again! No Matter How You’re Attacked, You’ll Know Exactly What To Do With Our Reality Check System.

HERE’S EXACTLY WHAT YOU’LL GET INSIDE The REALITY CHECK Program:

Normally reality Check is $59
Special Promotion Price is Only $28

“BORN IN BATTLE, CHRISTENED IN COMBAT.”

The Story: Reality Check is a part of The Self Defense Training System Combatives Program. A method of close combat with over a century of success in more than 600 documented use of force incidents. It began in the streets of Shanghai, where hand to hand combat pioneer, W.E. Fairbairn developed these brutally effective tactics to help his officers survive and thrive in the mean streets of Shanghai. Later these methods were taught to Allied Commandos and espionage operatives in WWII. It was almost lost due to political correctness and replaced by “kinder and gentler” methods only to be relegated to a few old books and films. Luckily it was kept alive in secret circles whose primary vocation was dealing with violence on a regular basis.

Because of his work and experience, Self Defense Company Founder, Damian Ross, was invited into one of these “secret circles” and the rest is history. He took those proven methods and put them into a progressive, modern, step by step program. Next he tested those teaching methods for over seven years to 800 students.  The method was developed and refined until it became The Self Defense Training System and Reality Check is a great place to start.

If you’re not 100% satisfied with the 60 Minute Self Defense Training Pack just email us and we’ll give you your money back.

Self defense isn’t a style, it’s an instinct that lives in every one of us. Learn it now, and use it tonight.
Simple, effective…common sense.

Get a  50% Discount when you order Reality Check Today.