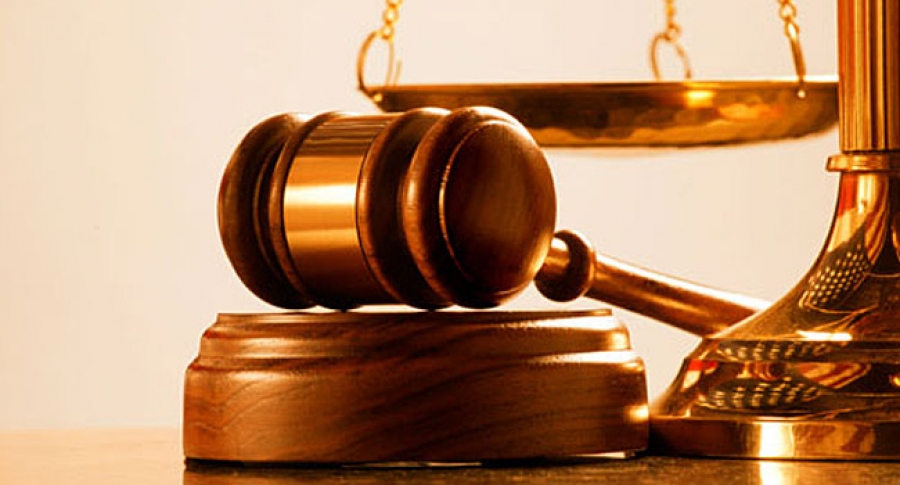 What most people know about the law and self defense is based on urban legend, the movies and the media. Even the notion that you can only use deadly force (a firearm) when your attacker is armed is 100% FALSE.

Most people don’t have a CLUE what they’re talking about regarding the laws of self defense. To discover the truth about the law don’t ask a cop, don’t ask your neighbor, you ask a lawyer. Especially one who is specializes in use of force laws.

So that’s what we did.

My long time friend, attorney turned Judge and former owner of Sheep Dog Academy is one of the most sought after EXPERTS in this field. He has spent a large part of his professional career defending cops and citizens who have used deadly force to protect themselves and others.

After decades of living in the self defense world, not a day goes by without hearing a news report, reading a post or listening to someone quote these self defense myths as gospel.

Myth 1: You have to wait for some one to throw the first punch.

FALSE. If someone looks like they are capable, have means and have demonstrated an intent to do you bodily harm, you can defend yourself, others and your property. They don’t have to say “I’m going to kill you!!” Any act of aggression can justify your use of force.

Myth 2: If your attacker is unarmed, you must fight him unarmed.

FALSE. You can defend yourself by any means necessary. You can use mechanical force: clubs, batons and even deadly force: firearms. Edged weapons would fall in between mechanical and deadly force. The more meaningful the threat, the more force you can use. If you’re faced with a strong, determined and capable attacker. You can use deadly force to protect yourself.

Myth 3: You can’t defend other people.

FALSE. You have a right and a moral obligation to help others who are in harms way. The law supports this decision. However, it does not compel you to act. You will not be held accountable for standing by and doing nothing.

Myth 4: You need to wait for an attack to defend yourself.

FALSE. Similar to Myth 1, Myth 4 is more along the lines of if there have been repeated incidences or a history of threats you do not have to wait to be attacked. For example, if you got into a FACE BOOK argument with someone who threatened you repeatedly and then you saw them in the street, you would be able to protect yourself because that person has indicated that they want to cause you harm.

Better example, a 44 year old man goes into a showing of “Dark Man Rises” in Miami Beach shortly after the Colorado shooting and says to a person in the front row of the theater ” This is it! Right now! Right Fucking Now!”

A police officer is quoted saying that if someone in the theater killed him, it could have been ruled justifiable in light of what happened in Colorado, even though the 44 year old man was unarmed.

Myth 5: I will get arrested if I carry a concealed weapon like a knife.

Unless a weapon is strictly prohibited in your state (like pepper spray) you can lawfully carry weapons to defend yourself. Club, sticks, edged weapons and other similar items as covered in Self Defense Training System Modules 8, 9 and 11 can be legally carried and used in self defense in most states.

Even the length of the knife blade or the type of knife is usually NOT restricted by law. For years we thought the legal length was 4″. But then I asked the right lawyer and there is no length restriction in NJ. In fact the laws in NJ are so vague it’s ridiculous. According to my source, “you can defend yourself with a knife, but you can’t carry a knife for self defense.” I think it’s time to move…

“When can Cops Use Force?”

Use of force by law enforcement is on everyone’s minds and you should know when and why cops are justified to use force.

Use of force depends on one of four types of threats.

1. Passive Compliant.
This is the person who will follow instruction and do what you ask. NO THREAT

2. Passive Resistor.
This person will comply with instructions but under verbal protest. NO THREAT

4. Active Resistor.
This person will not comply or be aggressive. MODERATE THREAT – Use of force justified

A great example of this is someone who chains them self to a tree to avoid it being cut down. While they are not posing any immediate threat, they are actively resisting the order to let go of the tree.
You can use force to remove the subject. The type of force depends on their resistance. If it is not combative, it would require physically moving the subject.

5. Active aggressor. DANGEROUS THREAT
This is the person who is capable and has expressed his intention by words or actions, to cause harm to others and property.
Note: they do not have to be actively attacking.
– They could simply make a statement
– They could make an agressive move towards you.
– They could be holding a weapon
-They could have a history of violence or criminal record.

If you have a war of words with somebody who has threatened to cause you or your family or even your property harm and then you see him coming down your driveway, you would be justified in using force to protect yourself.

“When can citizens use force?”

You do not need to wait for the proverbial “first punch”.

If they are a credible threat capable, displaying aggression or you have reason to believe that this person is there to cause you harm, you can take steps to protect yourself.

Getting yelled at by wheelchair bound Steven Hawkins is a far cry different than getting into an argument with Dwayne Johnson. Steven may say he wants to kill you, but he might not be capable. On the other hand the Rock looks completely capable and I would even go as far to say that you might be justified in using deadly force even if he was standing in front of you wearing a bath towel.

Your duty to retreat doesn’t apply to protecting others in danger.

If you see someone in danger you are legally justified to use force to protect them. I know this is viewed as “taking the law into your own hands” but that notion is complete and utter bullshit.

You are empowered to help others, period.

For example, look at Jarod Loughner the 2011 Tuscon, Arizona mass shooting, or Vic Stacy who helped a cop by shooting and killing the assailants are citizens who stepped up to help protect others were fully supported by the law.

In your home all bets are off for the bad guys.

When we say the “home” we mean the living area. Coming home to find an intruder in your home, you are still required to retreat since you have not entered the “living space” of your home.

Otherwise, when you’re in your home your rights to protect yourself are increased. Now you have the right to use any amount of force (including deadly) at an active aggressor.

How much force can you use depends on the threat and the capabilities of the person using it.

If someone has demonstrated a past history of violence and has made threats to you use of force is justified. If someone looks like they can cause you harm and is threatening you by words or actions you may use force. If you’re approached and you try to establish distance and you can’t escape it’s time to act.

On the other hand, if you’re a 50 year old abled body man you may have a little harder time defending your use of a firearm than if you were a 90 year old woman. Remember, the court will try to determine if that person was capable of causing you harm. The more deadly your response, the more evidence the court will need to demonstrate intent and ability.

When should you STOP defending yourself?

You stop whenever the threat is gone or stopped. Knocking someone out is OK, but “Curb Mouthing” their unconscious body might be considered excessive. Shooting someone until they fall down is OK, putting two more in them “Gangsta” style is not.

There are 6 primary levels of use of force.

2. Physical Contact
Sternly, but gently taking someone by the arm to move them. Guiding their head into the police cruiser. Things that reinforce your commands without causing physical injury or shock to the body.

3. Control Techniques
Methods of controlling or restraining the subject by holding or pinning them down.

5. Mechanical Force
Clubs, ASP, Pepper Spray, Tasers and other items that increase your effectiveness yet enable you to maintain control over the lethality.

6. Deadly Force
Firearms and Edged Weapons whose effectiveness can not be controlled.

At the end of the day – Common sense prevails and LAWYERS get paid.

It’s simple, if someone looks like they’re going to hurt you, your property or others you can use force to stop the situation. You can use the amount of force needed to stop the threat. Once the threat has stopped, you stop.

This does not mean you get a free pass to use force. You will STILL have to defend your actions in court where words like “reasonable” and “credible threat” are determined by people getting paid a large hourly rate. Whether you insist on sticking to Hollywood bullshit dogma of waiting for him to shoot first, you still have to get the same lawyer and go in front of the same judge.

The choice is really yours “Judge by 12 or Carried by 6”.

Damian
Founder, The Self Defense Company