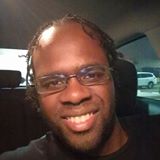 He also became a Certified Personal Fitness Trainer through the National Exercise Sports Trainer Association (NESTA) and began working as a personal trainer in his spare time. After realizing the impact he was making in his clients’ lives, he decided to pursue personal training full time, starting his mobile training company “Tiger Crane Martial Arts and Fitness” in the Santa Clarita Valley.

Once establishing his expertise in fitness and martial arts in Santa Clarita, more and more people began requesting him to teach self defense classes. To this end, he wanted to be “legit” and learn real world self defense from a reputable company. Having been a fan of Damian Ross and “The Self Defense Company” for several years, he decided to work toward becoming a licensed instructor to serve his community the honest way.”

Instructor Burton at a glance…

Go here for Self Defense Classes with Instructor Burton in Santa Rita, California <<<