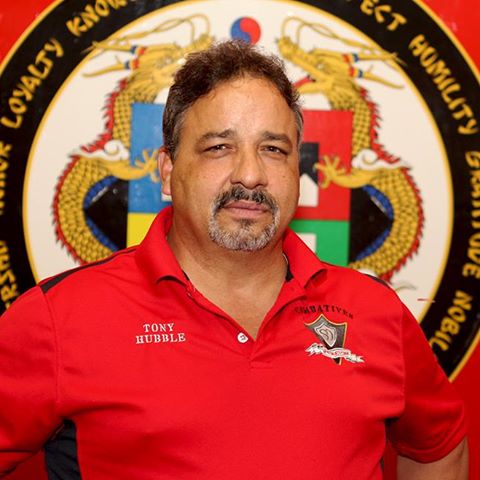 Tony has been a training martial artist since 1973. He is a retired U.S. Navy Chief. He is the current owner of Hubble ATA Masters Academy in Sierra Vista, AZ and is a U.S. Army Contractor.

Between those gigs he did a stint as a bodyguard in the entertainment industry, providing personal protection for such artists as George Benson, Ricky Martin, Shakira and others. He also is an investigator for the Cochise County Court. He is the author of several articles on self defense and martial arts published in Newspapers and Black Belt Magazine. He has also published two fiction novels.

Tony began exploring self defense combatives training when he discovered the weaknesses in his traditional martial arts training.

He has trained Krav Maga, TGT, TCAT and the Blauer Tactical System. He watched a video of Damian Ross and began researching the Self Defense Training System because the principles being taught were principles he had experienced first hand. He was intrigued by the simplicity of the system and common sense approach being taught. Since then he has adopted the SDTS as the self defense combatives system he teaches at his traditional martial arts academy.

Visit here to start the Self Defense Training System <<<