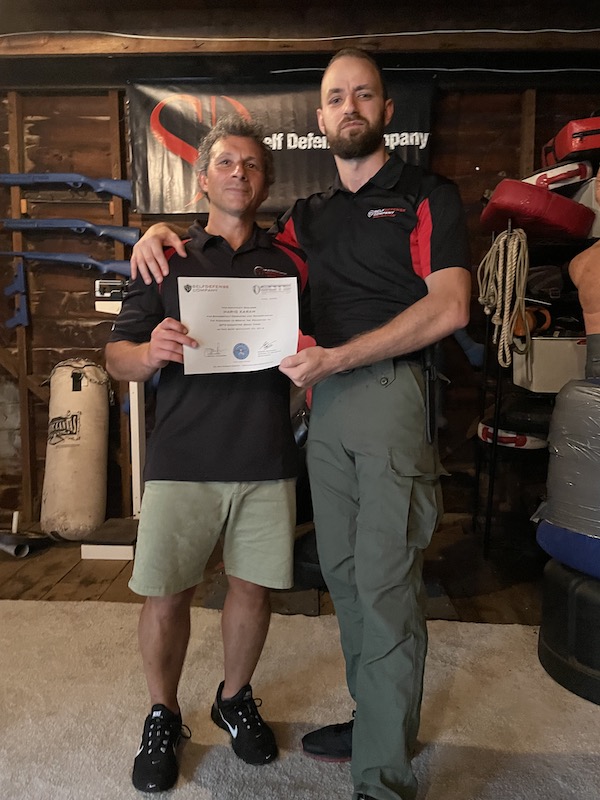 Congratulations to Instructor Mario Karam who successfully completed his LEVEL 4 Instructor Certification. This is the equivalent to a 3rd degree black belt in Military Combatives.

Instructor Karam started with the Self Defense Company in 2013. While stationed in Lebanon, he served the United States at the American Embassy in Beirut. He has trained along side the DSS, FBI and Spec Ops – including other three letter agencies.

Instructor Karam is in the process of becoming a federal agent for an unnamed government agency and is currently working in the private sector as a U.S. contractor. 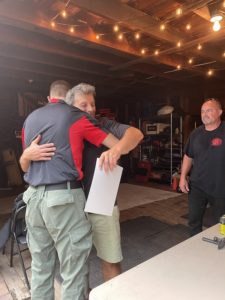 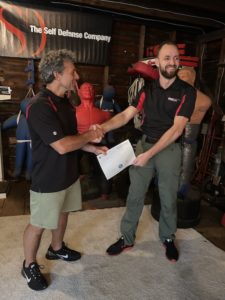 Instructor Karam has impacted many lives so far and checked EVERY BOX in the Self Defense Company Instructor Program Business Plan.

But none of this would have been possible without the help and support of his family, Godfather, friends, students, the SDC team and the guidance of his mentor and big brother, the late Joseph Challita. Joseph was the former Senior DSS/FSNI at U.S. Embassy Beirut and every day – Instructor Karam hears his words “Always keep your flag high”.
In spite of the losses both personal and financial, the August 4 explosion in Beirut/COVD-19 pandemic which took the lives of other close friends and family members, Instructor Karam never stopped moving forward – he managed to stay on his feet and TAKE GROUND which is a shining example of what it means to be a Self Defense Company Instructor – fall down seven times, get up eight.
Congrats once again, brother! You earned every inch of it.
D

To learn about the SDC Instructor Program, GO HERE <<