The Best Martial Art for Self Defense is…. 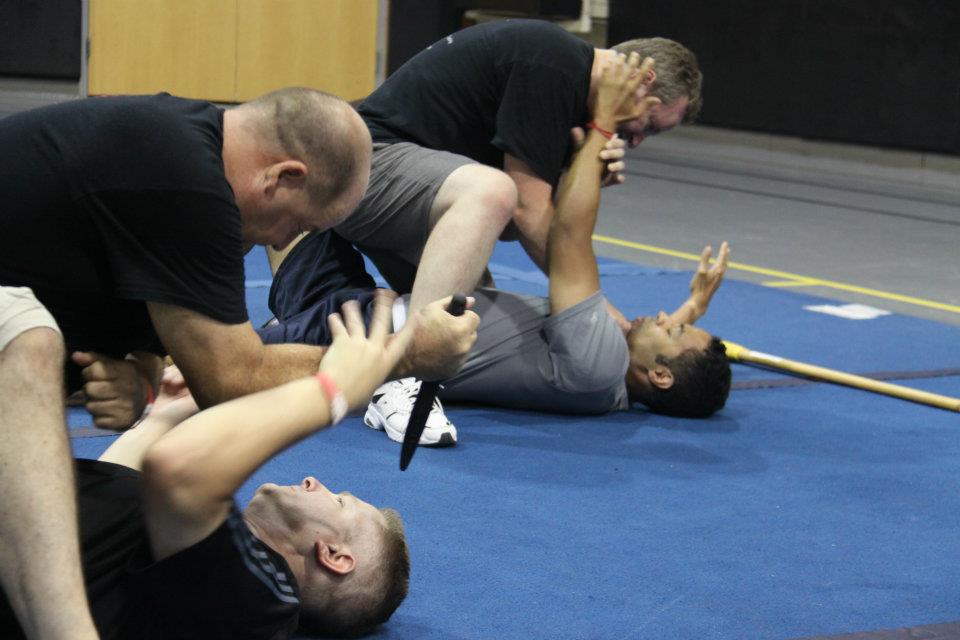 The Best Martial Art for Self Defense is….

People often ask me what martial art to practice to supplement their SDTS Combatives Training.

I will say you don’t need this for self defense, but having 3 black belts and ranks in several other arts I understand the need to study, grow, learn, and be a part of a great social structure that is the dojo.

If you didn’t know, I have ranks in BJJ, TKD, Karate, Kick Boxing and have Wrestled and competed in Judo on the collegiate and international levels.

Hands down the BEST martial art to supplement your SDTS Training is…JUDO.

Yes the grandfather of BJJ and MMA – Judo.

The reasons are simple.

The one thing I loved about Judo, Wrestling and BJJ, is that your skill had to work against anyone who came in off the street. There was no hiding behind a point or a rank like I could in TKD. I’ve rolled with pro-football players who were just big, strong, athletic guys and if I didn’t know what I was doing…they would have eaten my lunch. After they learned, well that’s a different story :).

WARNING:  Before you embark on your Judo journey there are certain techniques to avoid (for those of you with SDTS Programs look at Module 3 Ground Fighting For Keeps and Module 10 Combat Throws and Take Downs.)

For example: any throw or takedown that causes you to go to the ground or entangles you with your attacker must be avoided. The double leg take down, Kouchigari or even Uchimata are such take downs.

I know a guy who used Uchimata in the street and it actually worked TOO WELL. Because of adrenalin, the guy hit the throw so hard he actually over rotated. His attacker (not trained in anything) clung on him for dear life. They both slammed to the ground in the parking lot and got the wind knocked out of them.

Submissions like the triangle choke are extremely dangerous in the street – I’m not putting my genitals (or my femoral artery) near anyone’s mouth who means to do me harm. Even a basic arm bar (ude hisghigi juji gatame) can put you in harms way because you actually take your weight off of your attacker, it exposes your genitals and put your leg right over his mouth.

I know people have used these techniques and lived in the street, but if you’re training for self defense you need to focus on what’s going to give you your biggest bang for your buck and not put you at an unnecessary risk.

The added benefit of the Judo culture is that the people doing it tend to be a little older and are not trying to get into the MMA thing. Plus if you do decide to compete, after the age of 35 there are masters division every 5 years. I’ve even seen guys in their 70’s compete…it may not have been the most exciting match, but they were doing it!

How many times per week is up to you, but for SDTS supplementation, go once or twice for as long as you can.