The Hardest Thing About Self Defense 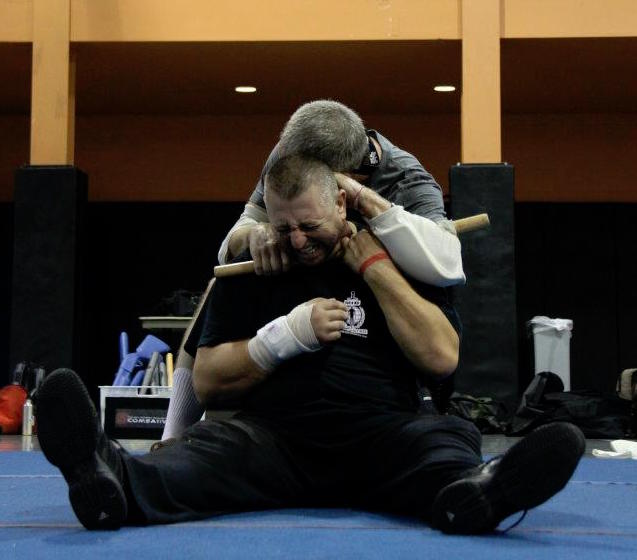 The Hardest Thing About Self Defense

Someone is the attacker and the other person is the defender….they attack and you defend.

This traditional way of practicing self defense doesn’t work and has never worked.

No one, has ever grabbed your wrist and then just stood there.

Training to WAIT for the attack is the absolutely WORST thing you can do in self defense.

Look, you don’t know who you’re facing out there… would you let Chuck Liddell have the first punch?? I sure as heck wouldn’t. By the time he attacks IT’S OVER.

To fix this you need to know when you should attack BEFORE the actual first punch is ever thrown.

That means you need to set your trigger distance. Then you need to train in a way that enables you to TAKE THAT FIRST STEP.

This starts by understanding that there are 3 steps to every attack.

Self defense starts by PAYING ATTENTION and MANAGING YOUR PERSONAL SPACE.

We cover this EXTENSIVELY in SDTS Module 1, so I don’t need to go into it. But in short, you want to keep your attacker at a distance where in order for him to touch you, he needs to shift his weight.

Once you set your trigger distance and he crosses that line – BOOM, you need to react by either ATTACKING or ESCAPING.

And that’s the hard part because you think you need COURAGE and CONFIDENCE to take that first step but in reality it’s FEAR and SELF DOUBT that precede an attack and that’s good because you can turn that into action with the correct training.

Pre-fight anxiety is NORMAL and you’re in good company. There are A LOT of professional fighters, cops, soldiers and martial artists who are reluctant to take that first step in the street.

Rest assured, the “WHAT IF I FAIL” question will be gone after you engage because you will be entirely in the moment and your training will take over.

This is why we train to go 100% all of the time. This is how to channel your fear into action.

Practice your techniques from that  TRIGGER DISTANCE and this will condition you to react correctly. The more you practice it, the easier it is to execute. It’ not complicated.

Just focus on your TRIGGER DISTANCE and going from 0-100mph in an instant.

In a real fight, you’re either attacking or being attacked. This isn’t sparring – there isn’t an exchange. It’s you, alone against an unknown threat when you least expect it.

Regular people without any real training survive violence EVERY DAY. Imagine what you can do with the correct training.