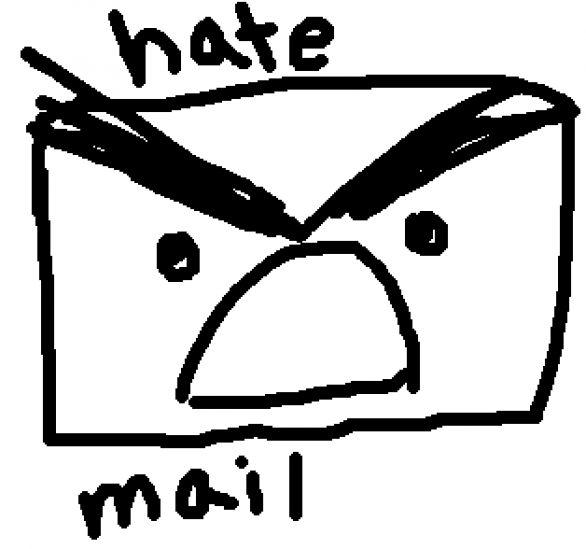 I’ve put a stop to watching this nonsense, so why do I keep seeing it? This fella obviously needs a Blow……up doll! LOL – Manny Hawthorne 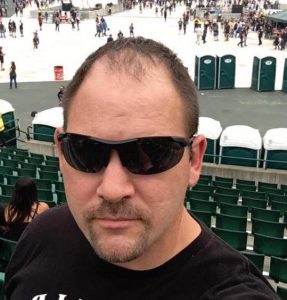 The Self Defense Company is supreme crap. Sidney McGillicky 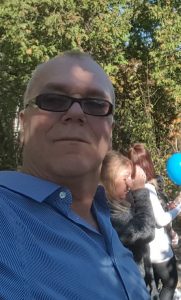 Rush_Oner : I practice Rexkwondo… you think anyone wants a roundhouse kick to the face when I got My American Flag karate pants on!?!? NO WAY!

Johnathan Isgitt: I already am a weapon I got in trouble in self defense part of taekwondo class for being too violent. It has helped me in many self defense situations. Also boxing, jiu jitsu, weightlifting, and gun and knife training.

Albert Cuccinello: A book will in no way substitute for hours of training with live training partners and a skilled instructor. The advertisement minimizes Krav Maga training in which I spent many hours training , The most effective and disabling techniques are sometimes the simplest but must be drilled and subsequently become muscle memory. An eye gouge, throat strike, groin slap or any other combative must become a reaction during an attack, like steping on the brakes when the light turns red. This can only be accomplished through repetitive drilling and training. Good luck with the book…

Steve Dempster: Oh yeah. A book. All the secrets.

Jon Fokker This is a fucking joke. GTF outta here. All u saying its a “great system” either have ties with this crap or dont know WTF ur talking about. JS

Louis Anthony Did this guy just say you can learn how to defend your self in 25 hrs of training? Please people do not buy Into this shit you can not learn to defend your self from videos or books. Unless u already have a background in martial arts .

Wayne Petitto: He totally lost me at “better than Krav Maga”… Nope, not even close. Maybe some goof solid basics but NOT better than Krav. Especially when he says something totally stupid like “Home invaders got your wife and kids? Easy.” Sorry this is absolutely BS.

Ken Jordan I’m a trained martial artist in Combined combative martial arts and you do not learn this from a book. One needs to actually train with qualified instructor and lean techniques and practice scenarios with opponent and and actually spar , not just hit some idle dummy.

Moshe Moshe Not good. Many other options. Trying to sell you on fear.

Nuñez Kandelers: With all do respect, that’s the biggest bull crap I ever seen hahahahaha

Craig Turnbell: Looks more like a dance class to me.

Alex Puzza: This reminds me of the dude who was selling his system that GUARANTEED you to get your Black Belt in one year in his online course.  I always say that knowing SOME self defense is better than knowing NO self defense. But the claims made here are just ridiculous! Show us your stats! How many times has your system been tested against fighters? How many military and law enforcement agencies have adopted your system and swear by it because the officers and soldiers used it successfully over and over again? This is insulting to the martial arts and self defense community who dedicated their lives to learning, mastering, and teaching strategies and techniques that actually work.

Charles Todd What a joke!

James Hiromasa All the catch phrases, scarcity, and marketing hooks in the headlines. Bravo.

John Monahan I am always skeptical of this type of stuff. Knock out “any man?” If you’ve never been in a fight in your life or just aren’t good at fighting this is not going to do you a damn bit of good.

Jim Sherman You can’t learn martial arts from a book .all you can do is find a different way to get your ass beat

Sami Ibrahim Foolishness! To be better than Krav Maga is like claiming to be better than fruit loops for self defense… this is what happens when friends don’t tell friends they suck and when you only train against compliant partners and start to buy into your own bs

Larry D. Jones Come to my dojo and.say that.

Bob Gilbert Heck, I think I could whip that dummy with no arms or legs. Send me $20 and I’ll tell you how to do it too.

Rick Goodwyn This is Bullshit ! another company looking to make millions ! The solution is simple and will not cost a penny ! I have talked to many active and retired vets and all of them would be proud to patrol and guard our children ! The people who run this country do NOT Care about their safety ! What they want is our personal protection ! They want to take your guns !

Meshack Browning if I buy a shop manual for cars, reading it is not going to make me a mechanic . if you can’t fight by the time your out of High school , reading about self defense isn’t going to cut it.

James Jones These videos will get your ass handed to you. Go get real training

Chris Monahan How many fights have u been in? It never goes the way it’s shown in these frigin clips. Hit them or hurt them any way u can and run.

Eugene Franke this clown says you will be able to disarm some one armed with a gun. Thats kinda hard to do if you have a slug in your brain

Brian Swaja I can say that in United States Marine Corps Boot Camp we drilled in a very effective hand to hand that incorporated several disabling moves all in one smooth motion that would leave an attacker rendered completely useless laying on the ground with multiple broken bones and dislocated joints and generally a bloody mess. Now if the movement was followed through to the end it eliminates the need to fire even a single round, let alone empty a mag. The end result would be the same. Now, having said that. I still prefer to carry because a bullet travels much faster than I and goes straight to where it’s needed.

Shawn Matthews Bull shit. I have been embarrassing self defense instructors for decades who like to ‘demonstrate’ their moves on the big guy. Funny how all their fancy moves amount to nothing when you use your weight to thwart them.

Dennis Nackord While hesitating to comment I feel compelled to explain what is being taught here. First, any tricks or shortcuts would probably work against an untrained fighter as in these photos. Proper martial arts training teaches how to fight other trained fighters.The emphasis then is on defense not offense, or checking the opponents ability to fire while you are. I see none of this here. On the contrary, the bad guy is always able to counter during these so called real moves. There is no checking of the opponents width, depth or height zones to nullify his ability to counter. In the knife techique shown, even an untrained knife fighter will rotate his arm clockwise, withdraw the blade and cut the exposed neck artery. Whoops, that wouldn’t be too good. It is somewhat frustrating when after 52 years of being in the martial arts it is criticized and even demeaned by the unevolved. ps. It is noticed that the ‘good guy’s’ head is out of position in some of the photos. No athlete in any sport carries his head in that position since it restricts ones abiliity to respond quicky since the body posture is incorrect.
Kim Rapp Or, “How To Get Yourself Killed In 5 Easy Steps”
Would have to say go to a real martial arts facility, where they are licensed or go to a boxing club. A book is not going to teach you self defense. If you have never been in a fight or had a major adrenaline dump, then you are not going to know what to do. Just my experience from having uncles that are a 3rd don an 2nd don. Plus the back ground of hand to hand combat from the old school military. Just my opinion, nothing more nothing less. 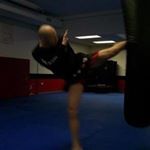 Steve Lilegdon: Ha ha ha! Not in the academies, he is the only source in the whole world.
You will obliterate your opponent…apparently it does not matter how big and strong you or your opponent are! 65 year old 130 lb woman vs who and she wins with just this info and training on her own…RIGHT! ?Scam artist alert. 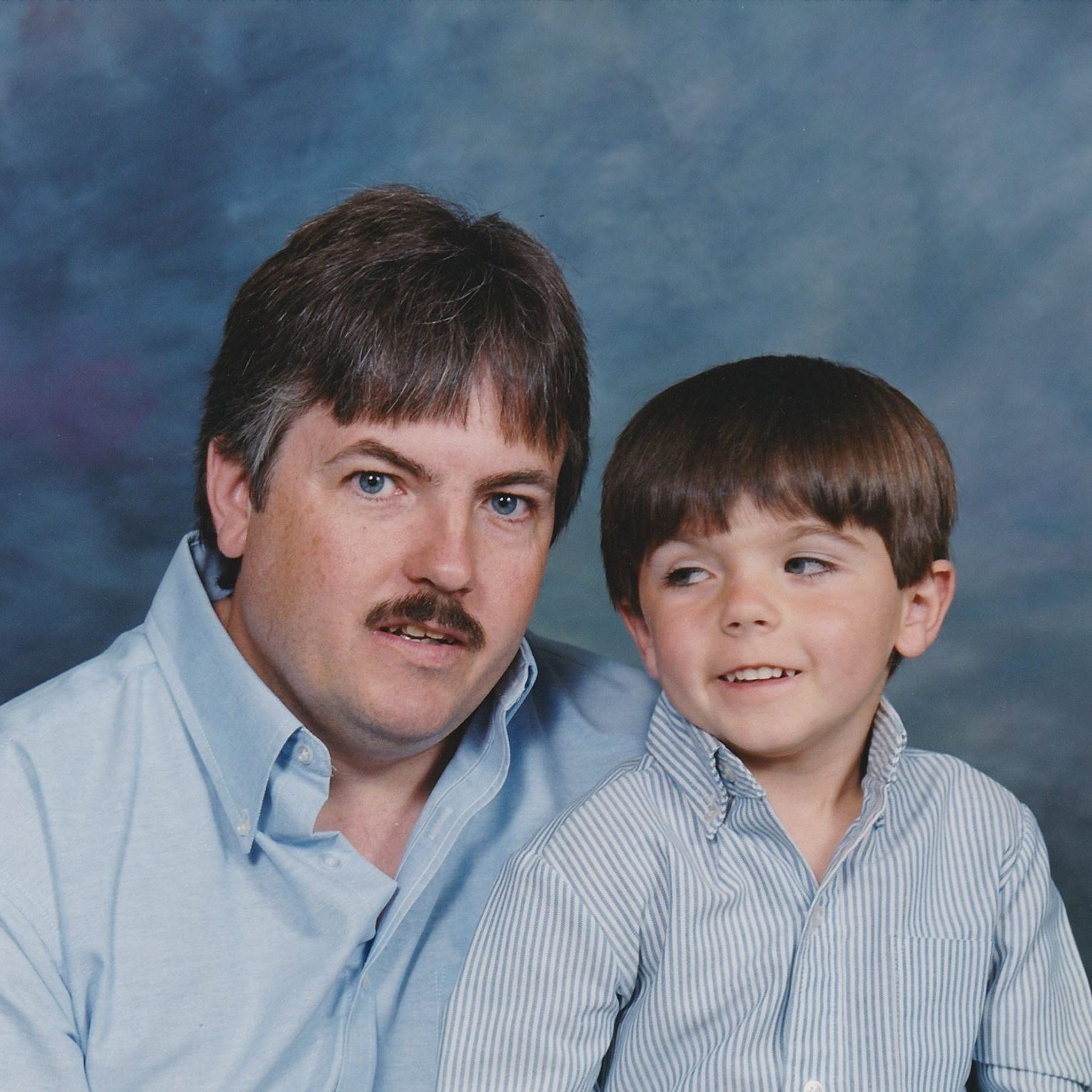 James E Dyer Pure self defense is using common sense, no fancy techniques, but understand you can’t learn self defense from a book, it takes someone that knows how to properly use the technique, distance and timing, I’m not saying that seeing the technique in action won’t help, but unless you have someone to train with or work the drills with, a book isn’t going to help you. Also when training in self defense, the person has to take each technique seriously as though their life is truly in danger when training or using it.