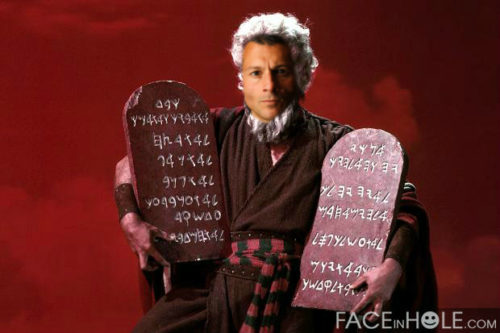 The Self Defense Company’s

Ten Commandments of Self Defense

Thou Shalt Be Alone.
Almost 100% of people attacked are alone. It doesn’t matter if it’s a street crime by a stranger or sexual assault by someone you know. Criminals pick targets they feel they can defeat with minimal effort. They seek the path of least resistance and that means they don’t want any witnesses or anyone else intervening.

The only person who is going to save you…IS YOU.

Thou Shalt Be Weak.
Criminals are like predators and attack targets of opportunity. If you appear to be weak, older, injured or distracted in ANY way you have a greater chance of being targeted. You must be ready to defend yourself for those times when you’ re not at your best.

If you don’t go to class because you’re injured, it’s not self defense, IT’S A SPORT.

If you can leave your house, you better be able to defend yourself.

Thou Shalt Keep It Simple.
You’re never going to be attacked like you practice and you’ ll never remember those fancy self defense counters that you learned in class during a real life or death struggle.

When in class with your friends it’s EASY to do those moves, but when it’s late at night after a long day when all of the sudden you’re faced with your worst nightmare – all of those movie moves go out the window.
Keep your tactics SIMPLE and direct.
Complicated and specific self defense counters NEVER work in the real world.

Thou Attacker Shalt Be Larger and Stronger.
Attackers are predators, they want the least amount of resistance so they prey on the weaker and smaller.

They are expecting you to submit.

Otherwise, they wouldn’t pick you. It’s important to only use tactics that are designed so a smaller person can escape or defeat a larger attacker.

The moves from martial arts that are designed to work against a similar size opponent are no good to you and should be AVOIDED when it comes to self defense.

Thou Attacker Shalt Be Armed.
Even though you may not see a weapon, that doesn’t mean they don’t have one. Martial arts train you to master separate techniques for both weapon attacks and unarmed attacks.

While in THEORY this sounds like a good idea but in REALITY it will get you killed because chances are, unless you’re threatened with a weapon you won’t know they have one until it’s too late.

In low light conditions that punch may be a stab and you won’t know it for sure until you’re being stabbed to death.

According to the Department of Justice Uniform Crime Report, in over 80% of criminals arrested in connection to a violent crime a weapon was present.

You need to treat every attack as it it were a weapon attack.

Any time someone tries to impose their will on you through physical force, they run the risk of injuring or killing you.

Thou Shalt Never Trust Thou Attacker.
Never trust your attacker, no matter how persuasive they may be. DON’T PROJECT your set of values and reasoning on this person.

That animal doesn’t think or reason like you – THEY ARE COMMITTING A CRIME OF VIOLENCE and that’s something you would never do so don’t “put yourself in their shoes.”

Never trust them and NEVER, EVER let them take you anywhere.

The only reason an attacker wants to take you somewhere is because they can’t do what they REALLY want to do to you at your current location.

Thou Attackers Shalt Be Many.
Your attacker will stack the odds in their favor.  More times than not that means they will have help. Unfortunately you won’t know it’s a multiple attacker situation BEFORE its too late.

Martial arts teach you different tactics for single and multiple attackers. Which is a mistake.

It’s important to treat EVERY situation as if you’re fighting more than one person.

Thou Who Attacks First Wins.
There is no such thing as a fair fight and if you’re not willing to do whatever it takes, FAIR OR FOUL you will lose.

Martial arts teach you to “fight fair” by instilling rules and etiquette. You shake hands or bow and when the fights over, you accept your win or loss and go away.

This is done the spirit of sportsmanship and it has no place in the kill or be killed world of self defense. You need to do what ever is needed to STOP THE THREAT.

The law allows you to use force first, if you feel your life is in danger.

At the end of the day,  it’s not a matter of who’s right, only who’s left.

Thou Shalt Fight Back!
Statistics show us that 90% of the people who resist either verbally or physically are successful in STOPPING the attack while 100% of people who don’t resist are raped, murdered, robbed and beaten.

Don’t be afraid to make a stand – the odds are in your favor.

The Self Defense Company
World Leader in Close Combat