Top Five U.S. Presidents Who Could Kick A$$ 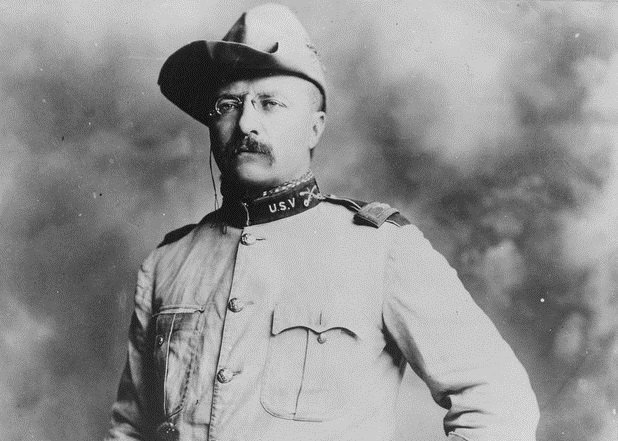 Top Five U.S. Presidents Who Could Kick A$$

We give a Self Defense Company Salute to those Presidents
Who were Name Takers and Policy Makers.

John was a real outdoorsman.

Adams exercised two to five hours a day, which was his way of “torturing himself for not being perfect.”He also soaked in ice baths, and “rubbed his body down with a horsehair mitten,” which is “painful as hell.”

Adams also bragged about having sex naked in zero-degree weather.

Any man willing to subject himself to that type of torture is going to be able to put foot to ass. You can assume that he’s going to punch directly through you, then punch through whatever ground you were standing on, then punch any memories of you out of existence, and then punch himself a few times for not beating you quite hard enough.

Father of our country could beat you like a stepchild.

George Washington wasn’t simply the first president.  He was the first president/former wrestler. When Washington wasn’t busy kicking the British back to England, he would spend his downtime wrestling American troops. He once beat seven consecutive challengers from the Massachusetts Volunteers. He was also 47 years old at the time. No wonder he unanimously won the electoral college.

He never told a lie…or lost a fight.

When most people hear about Abraham Lincoln, they think of him as the man who saved the Union or as a vampire hunter. But did you know he was also an amazing wrestler? When Lincoln lived in New Salem, Illinois, there was a gang known as The Clary’s Grove Boys led by Jack Armstrong.  The 6’4,” 185 lbs Lincoln didn’t like them too much. Armstrong and Lincoln decided to wrestle for supremacy. Lincoln grabbed Armstrong “by the throat, lifted him off his feet, shook him like a child and then tossed him until he surrendered.”

After Lincoln won, the rest of the gang tried to fight him. Lincoln offered to take them all on one at a time. Wisely, they backed away, because honest Abe would have destroyed them.

When opponents spoke badly of bills he proposed, our greatest orator and writer threatened to punch them in the face.

Before becoming the youngest president in U.S. History, Theodore Roosevelt spent time as a deputy sheriff in North Dakota (Not bad for a city slicker born in Manhattan).  Three outlaws thought they could get away with stealing deputy sheriff Roosevelt’s riverboat. They would have been better off taking Liam Neeson’s daughter.  Roosevelt pursued them for two weeks and got his boat back. After they were captured, Roosevelt kept guard over them for forty hours and kept himself awake by reading Tolstoy. Oh, Roosevelt also met and became friends with Seth Bullock while pursuing horse thieves. That’s right, the real Seth Bullock, sheriff of Deadwood, South Dakota.

Roosevelt was a sickly child so he spent his youth making his body strong, taking up — and excelling at — running, hunting, boxing and wrestling. He later grew to love Judo and even put a “Judo Room” in the White House.

Roosevelt believed that fearlessness was a state of mind. When a man in a saloon pulled two pistols on him, called him “Four Eyes” and ordered him to buy drinks, Roosevelt “gave the armed moron three quick punches to the face.

He kept a bear and a lion in the White House as pets and after a madman shot Roosevelt in the chest while he was en route to give a speech, he still went and spoke for an hour and a half, with the bleeding, undressed bullet hole in his chest.

Andrew Jackson was not the greatest president or the greatest guy, but there’s no denying that “Old Hickory” was one tough dude. As a colonial solider, Jackson was captured by the British at age 13. After sustaining a gash to the cheek for refusing to shine his captor’s shoes, he was forced to march shoeless, wound undressed, without food or water, for 40 miles while suffering from smallpox.

As an adult Jackson fought in several duels. One of the most famous duels was against Charles Dickinson, an expert marksman. Under the rules of dueling, Dickinson was allowed to fire first.  The bullet lodged in Jackson’s chest.  Jackson then steadied himself, took aim and killed Dickinson.  The bullet remained in his chest until his death many years later.  In fact, Jackson was wounded so much in duels that it was said he “rattled like a bag of marbles.” As if that wasn’t enough, he also invited the public to the White House for a party after he was elected and totally trashed the place. It was almost like 50 Cent was president.