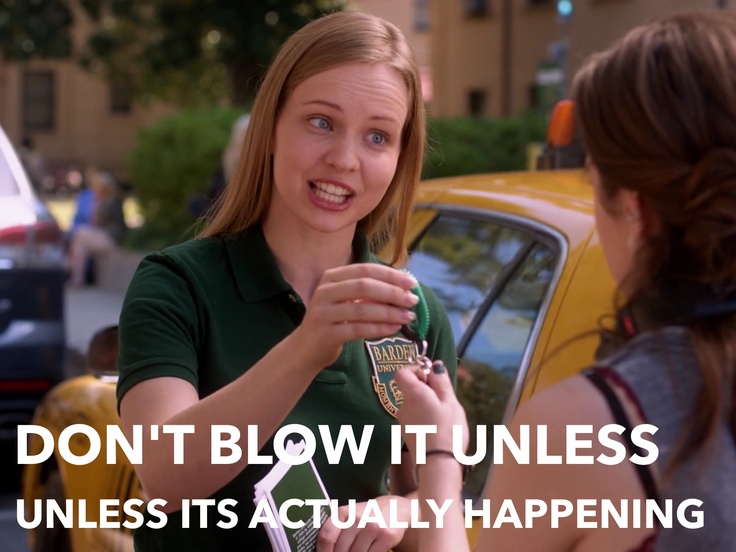 Top 10: The Worst Self Defense Advice

10. Just Walk Away
Taking the “high road” is something to which we should all aspire, but what if walking away isn’t an option? There are many situations where you have no choice but to stand your ground and the rabid dog in front of you isn’t a reasonable person.

They’re damaged, you’re cornered and there’s only one choice but to take a stand.

9. Buy a Rape Whistle
Ah yes the “Rape Whistle”, you blow it and help comes running. Unfortunately when you blow it your attacker’s instinct is to stop the noise as fast as possible and that noise is located IN YOUR FACE.

Look, if a rape whistle will deter him, yelling at him will as well.

…and the notion of blowing the whistle while you’re being raped is insane.

There is no study that supports this statement. Use of force and crime reports by police include motive and intent they don’t include “technique and style”. You can see a great guideline for use of force reports HERE.

INEVER choose the ground and if you get on the ground – get up as fast as possible. The more body contact you have with your attacker the more power, strength, size and skill come into play.

Add to that the real chance of your attacker having a weapon, multiple attackers and lying on a hard surface filled with debris, like glass and rock, the ground is not a place you want to go.

7. Let him throw the first punch
What “worked” in a schoolyard doesn’t work in the street. Action is faster than reaction –  In the street, by the time you identify the strike and tell your arm to move you’re probably going to get hit. But the first punch isn’t your biggest problem…it’s the second, third and fourth punches, those tend to do the real damage.

Legally there’s NOTHING that requires you to wait for him to throw the first punch. If you FEEL you’re in danger and he is capable of harming you, YOU CAN USE REASONABLE FORCE to defend yourself.

6. Crap your pants
The advice to “urinate, defecate or vomit” on yourself during a rape is a popular thing told to women.There is NO evidence that supports this statement.

Truth be told, you might crap yourself anyway during the attack but it does not guarantee it will discourage your attacker. Your energy is better spent on something more productive than trying to make yourself pee, like fighting back and escaping.

5. Always call the Police
“Dial 9-1-1 and let the professionals handle it” is a popular statement made by the talking heads on TV.

Look, cops can’t be everywhere and they’re not your personal bodyguard. Response times average around 5 -12 minutes nationally and when you’re being attacked that’s like 5 – 12 minutes underwater.

Call if you can, but you’re still going to have a 5 minute fight…and that’s a LONG TIME.

4. Always Remain Calm
Remaining calm and reasonable is something that you can do in the dojo – but something happens when you’re in REAL fight or flight stress and you have ZERO control over it.

When you truly believe your life is in danger, your Sympathetic Nervous System (SNS) kicks in and evolution takes over.

Not only will you lose control of your fine (small) motor skills, but your deductive reasoning and even your ability to speak are turned off.

Now you can control your breathing somewhat, we call it “combat breathing” but that’s just to stop you from passing out – it’s not meditation.

In reality you need to channel that adrenaline rush into large, motor movements and that will turn it into power.

3. Control the Weapon
This is the idea that you MUST control the weapon first because if you lose control of it, your attacker will use it or one of his friends will pick it up.

This seems like a good idea but in reality it doesn’t work. Because while you’re trying to wrestle over the weapon, you still need to deal with your attacker and his friends.

While you chase the weapon you’ll be vulnerable to other attacks.
Grappling with the knife hand can temporarily stop the initial assault, but the attack is just beginning.

You have done little to slow him down. He can still punch you in the head or an accomplice can bash your skull in with a rock.

A weapon is as only as dangerous as the person holding it. The fastest way to stop a weapon attack is to stop the man holding the weapon.

CLEAR THE WEAPON and ATTACK THE MAN.

As for his buddies? You can only handle what’s right in front of you. Keep fighting and moving forward.

2. Just ‘Hit ’em in the nuts!’
There is NO DOUBT that blasting a man in his twig and berries hurts. But depending on ONE MOVE to work flawlessly (especially without practice) is ignorant. In the real world…you miss and most people don’t even know how to attack this area correctly.

You need to either SMASH them from underneath or SQUEEZE THEM.

In order to hit the testicles and cause the target to go into shock you need to come from directly underneath and smash the testicles against the pelvis. In order for that to happen you will need his legs to be apart so your foot, shin or hand will hit it’s mark.

Keep in mind the genitals are fairly important to the survival of our species, so they’re placed in a location that can be defended easily.

Every man on the planet has lighting fast reactions when you go to this area.

Having your life depend on ONE single technique to ONE specific target area isn’t much of a plan…its a wish.

1. Don’t Fight Back
The idea that fighting back only makes it opposite of what’s actually true.

Take a shark attack for example. People have successfully defended themselves against an attack by punching and kicking the shark. In reality if that shark really wanted to kill them it could, no problem. But because they fight back they’re not acting like a seal. Therefore the shark leaves because the target isn’t acting as it should.

Criminals and deviants THINK THE EXACT SAME WAY. They plan on your crumbling and submitting. This is an expected behavior. When you behave in the opposite way, it short circuits their process and they tend to break off at that point.

According to the Center for Disease Control (I quote this stat in my sleep) 87% of women who resist either verbally or physically are successful in stopping the attack, opposed to 100% of women that don’t resist who are tragically raped and killed.

Fight back, even if you don’t know how…the odds are incredibly in your favor.

That’s it for the top ten, however here are two that didn’t make the list:

Don’t use a weapon, he will take it away and use it against you
Only if you threaten with the weapon and demonstrate a reluctance to use it.

However, when properly used with INTENT, weapons will multiply your force and effectiveness…that’s why they were invented.

In short, if you’re thinking about it…DO IT and DO IT HARD!

And you don’t have to be an “expert” either. A minimal mount of the right training goes a long way.

You need several years of training to be able to defend yourself
This is the mantra of my fellow martial artists who have dedicated years to training. It’s not a coincidence that these are the same people who’s livelihood depends are you training LONGER and MORE OFTEN…

If years of training were needed, how do you explain that people without any training defending themselves against street hardened criminals? (See number 1 on the list).

Martial arts are a great endeavor and there’s no doubt you can use them to protect yourself but in truth, you don’t need to do martial arts, all you need is the will and a little skill to survive.

I would like to thank everyone for participating in creating this list, it was fun putting it together.