Tueller Drill and the 21 foot Rule 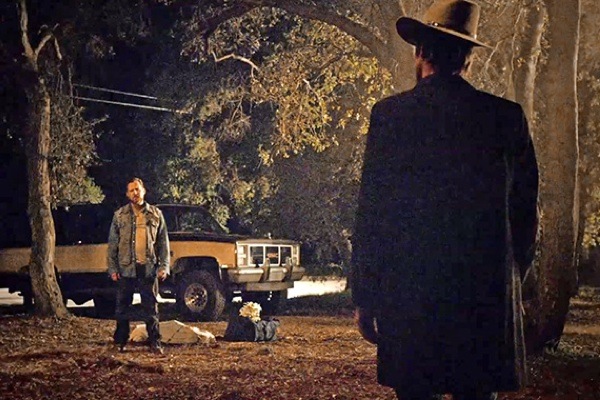 Tueller Drill and the 21 foot Rule

The Tueller Drill and the 21 Foot Rule

The 21 foot rule is the notion that you need 21 feet between you and a knife wielding attacker to effectively draw and fire your weapon. I would add that your attacker really doesn’t need to have a weapon. For most people who carry firearms and neglect their combatives training, as soon as someone gets their hands on you…it’s over.

The Teuller Drill was an exercise developed to help conceal carry weapon holders prepare for a charging threat at a 21 foot distance.

Like most rules in self defense, the 21 foot rule is only a theory, just like the “rule” that all fights go to the ground. There have never been any real studies supporting these claims and you will be hard pressed to find any.

However we can all agree, there’s a distance required at which you can effectively draw and fire your weapon. It could be 21 feet, 10 feet or 30 feet – this distance is directly related to the SPEED of your attacker. At face value we realize the 21 foot distance is just a guess.

The Tueller Drill is where the threat is placed 21 feet away and you practice drawing and firing your weapon at an advancing threat.

The video below is an example of the Tueller Drill.

At face value the Teuller Drill appears to solve the problem drawing and firing at 21 feet. But like most self defense solutions it fails to address the reality of the situation.

The only benefit of this drill is drawing and firing your weapon under stress beyond that it solves nothing and creates a false sense of security and an inflated sense of skill.

The obvious tactical issue with this drill assumes that every attacker on the planet moves at the same speed.

Like most self defense drills, the premise of the drill is compromised.
The subject has a chance to ready herself. She started getting ready the second she decided to go to the range and practice.

She knows she is going to use her weapon, there is no doubt about it.

In the real world the decision to use deadly force takes time. At 21 feet you will need to know intent and capability of the threat which isn’t easy to do unless this person is waving a weapon, verbally assaulting you or you have prior knowledge the threat intends to do you harm.

In that case don’t mess around…as soon as you THINK there’s a threat…DRAW YOUR WEAPON and point it at the subject.

Finally, she assumes two shots from a 9mm are going to STOP the attack. Chances are even if you draw aim and fire, the shots you land (if any) have little chance of stopping the attacker.

Martial artists and CCW have something in common – they think EVERY SHOT.

Unfortunately, this is NEVER the case. You miss, they move, a lot can go wrong.

You need to train in a manner that considers Murphy’s Law – everything that can go wrong WILL GO WRONG.

That means redundancy of tactics. Training in multiple levels of force – from empty hands to firearms is what works best. Because something will fail. It’s your ability to adapt that will enable you to survive and win and if you only depend on your weapon, you will be SOL when it does jam, you miss, run out of ammo or can’t get it out of it’s holster.

So how do you deal with the 21 foot rule?

I already said this but it bears repeating – if you think there’s going to be a problem…draw your weapon and move to cover. This “quick draw” crap is a bad habit. Drawing under stress is great, but thinking you’re going to be the fastest gun in the west is not responsible.

I don’t know why the woman is training to stand still. At the end of the day, you need time to draw your weapon, practice getting the hell out of the way and find cover. The easiest way to increase your time to draw is by moving laterally. The threat needs to slow down to change direction to adjust his attack.

If you don’t have any weapon (shame on you), still move to cover and create an opportunity for ambush. Try to arm yourself with something that can be used as a weapon. Remember pepper spray does a great job of distracting the threat.

LEARN HOW TO FIGHT

You don’t need to be a UFC fighter, but if you know a few basic strikes to a couple of target rich areas of the body that you can deliver with full force repeatedly you will be light years a head from anyone who only depends only on a firearm for self defense.

The guys in the video below  get it right. They talk about moving, finding cover and using combatives in conjunction with the firearm to handle a charging threat.

The two questions you need to ask are:

WHY IS THIS HAPPENING?

WHERE DID THIS GUY COME FROM?

Then practice handling the threat earlier in the attack sequence. If you see a threat at 21 feet, practice drawing your weapon at the first thought of trouble. Completely legal and justified.

One defense I love to make fun of is the wrist grab. It is the first thing you learn in self defense training and the most useless defense move you could ever waste your time learning.

Why is this person standing in front of you holding your hand?
He’s either going to hit, stab or bludgeon you or try to drag you some place. Either way your better prepare to deal with those scenarios rather then the wrist grab itself.  He is NOT going to hold your wrist and wait.

Where the heck did he come from!?

He didn’t appear in a puff of smoke and grab your wrist – he had to come from somewhere.

As you will discover, the actual wrist grab isn’t important. It’s what happens BEFORE and immediately AFTER that matters. That’s why most of what is taught as self defense misses the mark completely. It focuses on a single element instead of the entire set of events leading up to that attack.

Attacks don’t happen in a vacuum and they’re not entirely random. There are always a series of events leading up to the attack. You just need to know what to look for so you can handle the attack before it’s too late…and if you waited for someone to approach you and grab your wrist…it’s too late.

Look at the 21 foot scenario.

Why is there a guy coming at me from 20 feet away?

What is telling me he’s a threat?

I have been in dozens of use of force situations and I have reviewed hundreds of other accounts and the overwhelming majority of assaults happen within 4 feet (or conversation range). Beyond that incidents where there was greater distance between the subjects was when there was a history of violence like an ex-boyfriend or rival gang member.

In self defense tend to create unrealistic situations and try to think of ways to get out of them without looking at the circumstances surrounding the situation.

At the end of the day, the 21 foot rule was a demonstration self defense instructors used to illustrate your inability to draw and fire your weapon after you are attacked. IT IS NOT A SELF DEFENSE SCENARIO.
The lesson was to train in hand to hand AND learn to draw your weapon sooner. Because if you can’t get your weapon out in time…you’re in for a real fight.

Keep it real and as always…