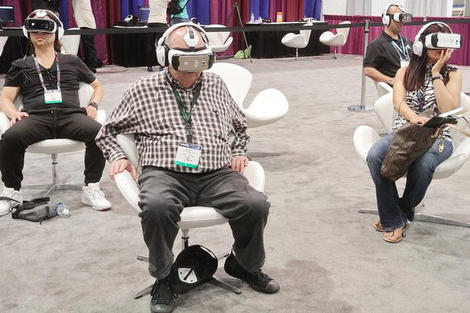 Can there be such a thing?

After playing my son’s PS4 virtual reality system for three days straight, you can’t help but think where this is all going.

It takes the interactive experience to a whole new level…maybe the SDTS to be the first VR training system….any one out there from Rockstar Games..call me 555.555.5555….

With every new technology comes new crime and VR (virtual reality) and AR (augmented reality) are going to open up Pandora’s box of crime that we have yet to imagine.

Sure, we’re not talking about assault or rape, but other crimes like harassment, lewd and lascivious behavior, stalking, cyber-bullying and similar transgressions are going evolve into some next level stuff we can’t even imagine.

Of course there are people who are much smarter than I already thinking about this stuff, like these guys Mark Lemley from Stanford School of Law and Eugene Volokh of UCLA Law who post an article addressing this issue in the law journal. (LINK HERE)

If the internet has shown us anything it’s that people have no shame whatsoever.  They can let their freak flag fly proudly behind a mask of virtual anonymity.

In the old days, these people would have been forced to have the decency to repress their behavior, but now they find validation for every deviant behavior.

And not only do they find validation…THEY’RE GETTING AN EDUCATION!!!

There are networks of freaks who support their perversion and even help them do it SMARTER and BETTER than ever before.

Remember – just like you practice surviving and protecting, there are people who work just as hard at being criminals – and if that doesn’t keep you training…I don’t know what will.

Picture this…you and your family decide to take a virtual vacation on safari in Africa. You pay for the service, you rent the equipment and in a flash, you’re in Africa.

You venture down by the waterhole when all of the sudden, over by the wildebeests BAM! – some guy exposes himself to your five year-old daughter!!!

Real penis, or virtual penis…a penis is still a penis, and you can’t un-ring that bell.

You can “unplug” but you can’t erase the memory…the damage is done.

And that’s just the tip of the iceberg. Virtual worlds are going to bring stalking, cyber-bulling and other crime to a whole new level and there is really NO WAY TO POLICE IT.

It’s going to be a virtual West World where you can create a fake identity after fake identity, route it through an IP in Turkey, Croatia or some country that has more consonants than vowels and commit offenses all over the planet.

What protection will you have in a “virtual world”?

Presently online gaming and other communities police themselves. Your only recourse is to report the offender to the service provider and hope that someone refuses them access…until they log on with a new ID.

Beyond local crimes when the perpetrator and the victim are known you are literally on your own in cyberspace.

This next reality is going to amplify the dark side of the internet and make them much more intense.

We can’t even imagine what new crimes will be created. Because every time something new is invented, the underworld has already thought of a dozens ways to exploit it.

As the saying goes “You’re always fighting your last war” and I’m afraid we’re going into this one out gunned and over matched.