[VIDEO] Was this attack REALLY Random? 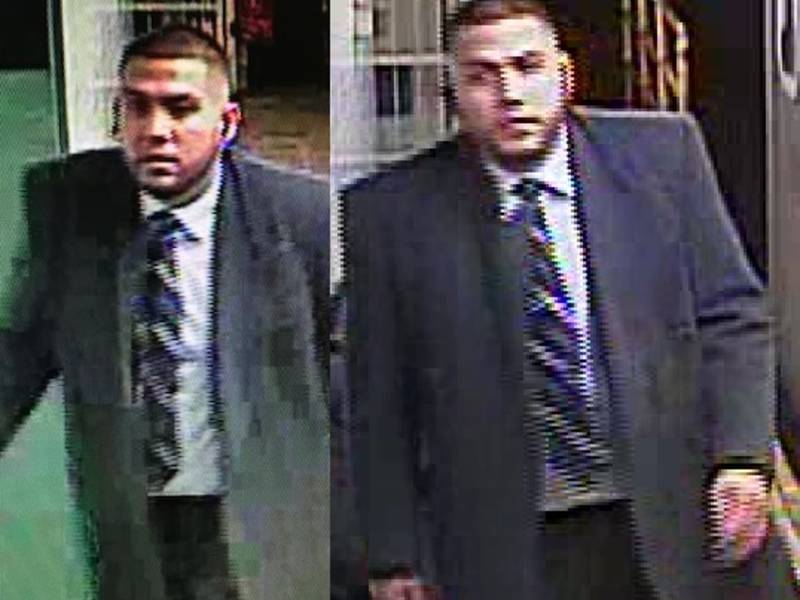 [VIDEO] Was this attack REALLY Random?

MIDTOWN MANHATTAN, NY — The NYPD is trying to identify a man seen wearing a suit and tie who was involved in a brutal beating inside the Times Square subway station.

On the night of Feb. 27, a 22-year-old man was standing on the subway platform of the Times Square subway station when an unidentified man approached him from behind and assaulted him, police said.

During the seemingly random attack, the man was punched several times, thrown to the ground and then kicked while on the platform floor, police said.

The victim suffered bruising and swelling to his face and two chipped teeth, police said.

The suspect (pictured above) is described as a man in his 30s standing 6-feet-tall and weighing about 240 pounds, police said. The man was last seen wearing a gray overcoat, a white shirt with a dark colored striped tie, dark colored pants and black shoes, police said.

Police did not provide a possible motive for the violent assault.

Was this attack REALLY random?

Look, if you can’t see it you can’t defend it. PERIOD. There’s no secret ninja trick – would you believe I used to stand in the dojo and have my buddy throw tennis balls at my back because I thought I could develop a sixth sense (yes I was whacky once too!)

So AWARENESS is your first and foremost line of defense and I submit that this attack could have been avoided or at least seen.

Seemingly random attack.  I promise you – it wasn’t.  No attack ever is.

What could have provoked it?

Your guess is as good as mine. Maybe the subject is having a shit day and the victim looks like the guy he caught banging his wife – who knows.

One thing’s for sure – the subject didn’t JUST DECIDE to hit that guy on the platform.

At some point he SIZED HIM UP and decided – THIS IS THE GUY I’M GOING TO TAKE MY DAY OUT ON.

Now to a reasonable person that seems insane – and it is, but people who do this are not reasonable and THIS IS WHY YOU EDUCATE YOURSELF.

This is also why every encounter can’t be looked upon as trivial.

We all know that at some point, the subject was staring at the victim – with some real HATE.

Now if you’re not paying attention, if you’re in your phone, with your earbuds in, you’re clueless and you’re going to miss that and stuff like this is going to happen to you.

Remember the subject did this because he thought he could get away with it…and he was right.

Oh and one more thing –  Notice all the people stepping into help – YOU’RE ON YOUR OWN MY FRIEND.

Thank you Elite Member Yoosup Kim for sending the article: