What Are Attachment Strikes? 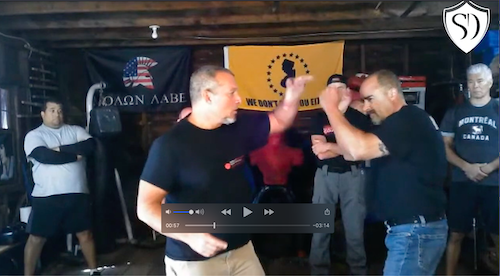 What Are Attachment Strikes?

Attachment Strikes are when you hold or pin your target with a grab in order to immobilize him while striking him.

This is another great question from the CORE COMBAT WEBINAR  asking if the SDTS uses “attachment strikes” and in short – YES we do, but as long as they come during the normal flow of the fight. One great example of this is the CHIN JAB with a post.

By pinning the hips or the arm you restrict your targets ability to absorb the strike by moving backwards, this will multiply your force into the target. This is why it’s illegal to hook the back of the head in MMA or boxing. By immobilizing the head it loses its ability to “roll” and avoid the full power of the strike.

What you want to avoid is chasing the attachment and taking your focus away from “attacking the man”.