What if he knows the same style as you? 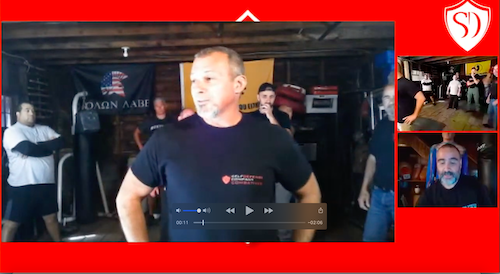 What if he knows the same style as you?

Believe it or not, this is a question we get a lot, so it’s no surprise we got this on the CORE COMBAT WEBINAR.

The concern is this – you study a system of self defense and you depend on that system to be the “secret” advantage you have over your enemy. but what if he knows the same system as you…how can you defeat him?

First, let’s take the Self Defense Training System out of it and replace it with a firearm…you have the same weapon as your enemy, but it’s the one who fires first, more accurately and more often that’s going to win…same holds true for the SDTS.

You’ve heard us say “Do your worst, fast and first”. This is what it’s all about – don’t wait, practice to attack and keep attacking until the threat is no longer. Remember, it doesn’t matter who’s right…only who’s left.