What is NOT Self Defense? 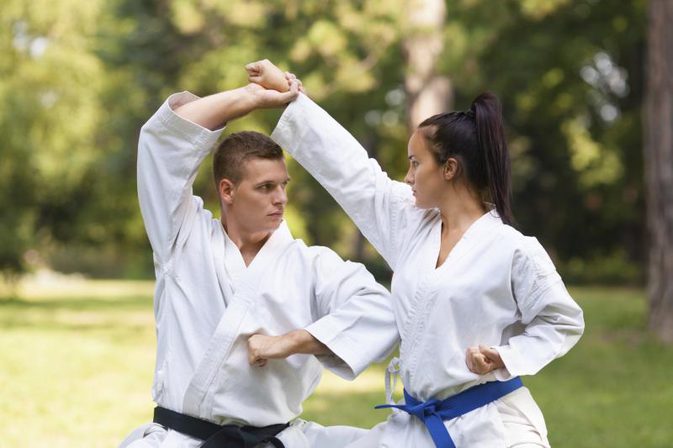 What is NOT Self Defense?

“What is NOT Self-Defense”

Self-defense isn’t about wanting to hurt another person.
It’s about following your natural instinct to survive and protect. Focus on the positive, the end result. Don’t focus on the means by which you get there.

Self-defense is not about being violent.
It is a pragmatic solution to a real problem.

Self-defense is not an intense physical training regiment.
It’s an education, not boot camp. Having a plan is more important than being able to perform great athletic feats. It’s two parts learning and one part practice.

Self-defense is not a gun.
Or any particular weapon for that matter. It’s your mindset of being willing to do or use whatever it takes to survive. If it’s not a gun, it’s a club. Not a club it’s your boot…or your laptop.

Self-defense is not spending endless hours on end perfecting your craft.
It’s a life skill. Every species on the planet, from an ant to an elephant has the instinct to survive and protect and so do you. You don’t need to spend years developing something that is already inside you. You just need to know how to channel it correctly.

Self-defense is not training for a title fight.
It’s not a specific event, at a specific time and place against an known opponent under a set of rules. It can happen any time, usually when you’re distracted and appear to be weak. You will face an unknown number of opponents without any rules. But unlike a title fight, you don’t have to win, just survive and if you know how to exploit the three things every criminal fears, you will win the day.

Self-defense is not complicated.
Under real life or death stress, complicated and fancy moves break down. You can only use simple techniques that take advantage of your sympathetic nervous system (SNS). In short, many of what is taught in typical martial arts and what you see in the movies will not work. You only need a handful of simple techniques that will work when your SNS kicks in.

Self-defense is not something that takes years to learn.
It’s a life skill, not a lifestyle or a pursuit of perfection. Yes, you can defend yourself with martial arts, but you don’t need martial arts for self defense. The overwhelming majority of people who survive violent attacks had no training or a weapon of any kind.

Self-defense is not a specific style or a martial art.
There’s only one criteria for self-defense: YOU LIVE.

Self-defense is not for only the young and physically fit.
There are many cases where older, weaker, smaller people have defended themselves against multiple, larger armed attackers. Your will to fight back short circuits their predatory expectation and this enables you to survive. Forget what you hear, your will to fight back is what will save you, not being able to bench press 300 pounds or fight in the octagon.

Remember, you have the skill already inside you.