Why are there so many martial arts? 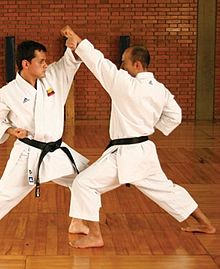 Why are there so many martial arts?

“Not All Martial Arts are Created Equal”

The Martial Arts Brand
When you think of arts like Brazilian Jiujutsu, Krav Maga, Judo, Tae Kwon Do, Shotokan, Kung Fu, Wrestling and Boxing you think of different techniques and cultures that surround those styles.

That’s not an accident.

Martial arts were developed to promote either sport competition, national pride or both. If Tae Kwon Do looked like Shotokan Karate or BJJ looked like Judo, no one would ever pay attention to the newcomer.

Most of us were taught to believe these newer arts were “better” or “improved” but the truth is that they were created to either make money, promote a nation’s culture or both.

Cultural Fighting Art
Any system rooted in one nation’s culture and draws on it’s mythology is a cultural fighting art. They use forms (kata), traditional weapons and specific self defense counters to specific types of attacks and in some cases sparring. Aikido, Kung Fu, Kendo,  and Shotokan Karate are examples.

Combat Sport
These are competition based arts that allow you to compete against a live opponent in a controlled setting with a specific set of rules designed for safety. Sports like Judo, BJJ, Wrestling, Boxing, Sambo, Kick Boxing and MMA fall into this category. While there is a country of origin associated with these some of these sports, the focus is usually placed on the fighter rather than the style.

Commercial Martial Arts
These are the schools that have “a little of everything”. They offer traditional style martial arts with an eclectic collection of weapons, grappling and self defense. They segment their programs to try to offer everything possible to their students. Most modern martial arts schools take this approach. One day your doing Katas (forms) the next day you’re grappling and then another day sparring and self defense.

While all of these systems are wildly different, they all claim to teach you self defense which begs the question…

Which is best for Self Defense?

Below are four representative self defense videos to the same attack.

While you’re watching ask yourself these questions:

Reality Based Self Defense –  SDTS vs. Two Handed Grab