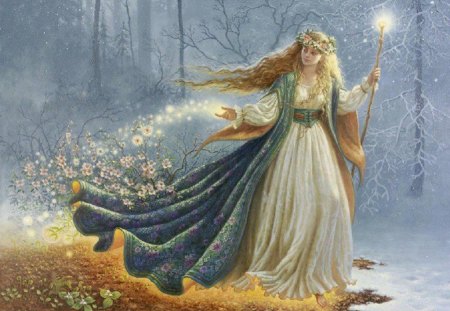 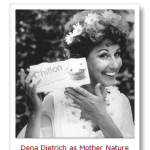 Your body is engineered to react emotionally to danger and physical stress. This is actually a good thing  and when you learn how to channel the adrenalin rush you can use it to your advantage like it’s SUPPOSED to be used. Most systems try to teach you to calm down, while in reality – all you can do is try and slow down your breathing so you don’t pass out from the stress of SNS activation.
Training to make your body go against your instinct is an exercise in futility. You can’t go fight mother nature. You must accept the fact that you will react a certain way and prepare for that reality.

From the book “On Combat” by Grossman

“An understanding of the stress of close combat begins with an understanding of the physiological response to close-range interpersonal aggression. The traditional view of combat stress is most often associated with combat fatigue and Post-Traumatic Stress Disorder, which are actually manifestations that occur after, and as a result of, combat stress. Bruce Siddle has defined combat stress as the perception of an imminent threat of serious personal injury or death, or the stress of being tasked with the responsibility to protect another party from imminent serious injury or death, under conditions where response time is minimal.

The debilitating effects of combat stress have been recognized for centuries. Phenomenon such as tunnel vision, auditory exclusion, the loss of fine and complex motor control, irrational behavior, and the inability to think clearly have all been observed as byproducts of combat stress. Even though these phenomena have been observed and documented for hundreds of years, very little research has been conducted to understand why combat stress deteriorates performance.

The key characteristic which distinguishes combat stress is the activation of the SNS (Sympathetic Nervous System). The SNS is activated when the brain perceives a threat to survival, resulting in an immediate discharge of stress hormones. This “mass discharge” is designed to prepare the body for fight-or-flight. The response is characterized by increasing arterial pressure and blood flow to large muscle mass (resulting in increased strength capabilities and enhanced gross motor skills–such as running from or charging into an opponent), vasoconstriction of minor blood vessels at the end of appendages (which serves to reduce bleeding from wounds), pupil dilation, cessation of digestive processes, and muscle tremors. Figure 2(below) presents a schematic representation of the effects of hormone induced heart rate increase resulting from SNS activation. ”

That being said, let’s review what will happen to you with the “Fit hits the shan.”

You will however have increased strength and the capability to run away or charge your target.

Now marinate with that for a few moments. Think of all the gun disarm techniques, all the “weapon control” techniques. All the complicated trapping and subtle movements you’ve been training for decades. I’m not going to tell you they are a waste of time (BUT THEY ARE). Physically, it is impossible to execute them when you’re attacked FOR REAL when hormones hit your blood stream and that only happens when you feel your life is truly in danger.

I’m sure somebody has heard of someone doing something at some point in time that resembled a complicated disarm. Hey, even a broken clock is right twice a day. But I’m not going to hang my life on something I heard some guy did somewhere. I’m going to depend on what I know is scientific fact.

You can convince yourself into thinking that you will be able to remove millions of years of evolution in a few short years of practice OR you can embrace your natural reaction to danger and train in a manner that takes advantage of what your body is designed to do.

Things like “gun disarms” are a fantasy. All of the “disarms” I have ever seen involve two things:

1. diverting your attention away from your attacker towards the weapon for an extended period of time (more than a second)

2. Complex motor skill movements that will be beyond your capability when your SNS takes over.

You know what happens to complex movements when you try to process them when your SNS takes over. They turn into gross motor movements and look like twitched and convulsions. You may just manage to put your hand on the weapon and then you will wrestle with the weapon…and your attacker…and his friends.

The best disarm is when the guy pointing his gun at you is knocked the f#ck out. Then you can bend down and pick up the gun.

It’s funny – in most systems the more dangerous the situation, the more complicated the technique!

Funny, or tragic, martial arts and self defense experts teach more complex techniques for weapons defense and less complex techniques for unarmed defense. Sure the SDTS teaches you THE SAME TECHNIQUES for both and I know, it’s too easy (Sorry for not wasting your time). The right answers MUST be complicated and difficult (being sarcastic here).

The first thing you learn in the SDTS is that if you’re faced with a gun or any other weapon at a distance is to escape. Even with firearms, the FBI and the Department of justice show that in situations where a firearm was present less than 20% of the victims were shot at. Less than 2% of those people were actually hit and 0% were seriously injured or killed. That’s right, there is a 100% chance you will live when you run.

NOTE: Pepper spray or a “substitute” can work wonders against a knife or club attack from a distance! On the other hand, pointing pepper spray at someone who has a gun trained on you might be a big mistake.

But, when walking away is not an option, you will need to do a two things:

1. React in a manner you that you are capable. SIMPLE, GROSS MOTOR MOVEMENTS
2. Get out of immediate danger and inflict as much damage to your target in the shortest amount of time.

Gun disarm, sure when you gingerly pluck it out of his unconscious hand. Complex movements and Hollywood disarms look cool and are fun, but in reality you are NOT going to pull them off, your engineering simply won’t let you.

NEVER die in training.
You will be surprised on what your body can endure. Google “knife wound” or “gunshot survivor.” Gruesome, I know, but the people survived. Hey, I’m the first person who doesn’t want to get shot or stabbed and my doctor has recommended I avoid this as much as possible. But you have to understand that people with out any training at all who attacked their assailant first sustained minimal damage.

Using paint guns, markers, chalk knives and shock knives are good but you must train with them correctly. Getting touch with a shock knife might mean you’ve been cut, but it doesn’t mean you’re dead. What ever you do, train to fight HARDER after that happens and DON’T STOP! It’s not a game of tag, train to fight through the pain. Train know that these things will happen. DON’T assume you will be able to walk away without a scratch, that’s just plain silly.