You’ll Get KILLED Doing THAT!! 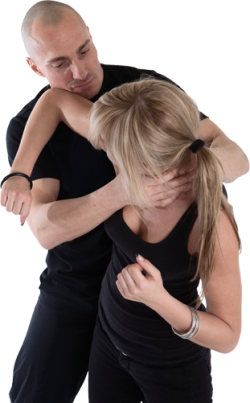 You’ll Get KILLED Doing THAT!!

“You’ll Get KILLED Doing THAT!!” is the mantra that every self defense expert or martial artists says who sees ANYTHING that’s not associated with their style or system.

According to them you need a QUALIFIED INSTRUCTOR and YEARS of TRAINING to be able to defend yourself.

THIS IS A LIE.

They tell the lie because they either own a business that requires you to sign up for years or they have invested years and thousands of dollars in an art, style or system and need to justify the expense.

I’m not saying martial arts aren’t worthwhile (remember I have 3 black belts) what I am saying is that for self defense, you don’t need that much training, in fact you don’t need any training at all…you just need the will to act!

I want you to meet Melissa Shuster of Willowbrook, Chicago.

Last week she was sexually assaulted, beaten and stabbed 17 times in her own home. She most likely would have been murdered but instead she decided “ENOUGH WAS ENOUGH” and beat the hell out of her LARGER and STRONGER attacker.

In her words,“The strength just came. I don’t know where it came from, but I knew I wasn’t going to give up and I was determined and here I am today. Talking about it really helps me a lot and gives me more peace.”

She recalled the horrific tale…

“He had let me upstairs and he wanted me to rinse off from all the blood and I remember standing there thinking to myself, ‘This is it. I’m not gonna make it. I’m going to die.’”

“That’s when all of a sudden in my head I said, ‘I’m gonna make it to my neighbor’s house. I’m going to find a way and I’m gonna make it there.’ The next thing I know, I was sprinting through my front yard, across the street, and on my neighbors driveway and in their house.

“I defeated him. I took him down. He may have tried to do whatever he could to me, but ultimately in the end, I won. I’m walking away alive, and I get to be with my family. I get to go back to my life and I’m incredibly thankful for that.”

Londale Madison, 31 was arrested for the attack on Melissa. Four years ago he did time on a burglary conviction.

Melissa wasn’t a black belt, a spec ops solider or even in great shape at all. Heck she probably wouldn’t last one training class at your local dojo. She was a typical mom doing an incredible and brave act. No training, no fitness, just the will to live.

You don’t need a ton of training – all you need is the WILL TO SURVIVE.

Think I’m wrong…think again. Many people without any training have successfully protected themselves against extremely violent attacks.

The Clay-Warner analysis of National Crime Victim’s Study (NCVS) conducted by the Bureau of Justice revealed that there is an 87% reduction in the probability of completed rape when women use any form of self-protective action either verbal or physical.

That means if you fight back the odds are incredibly in your favor to survive and win.

Forget what the “EXPERTS” claim.

No one has invested more than me into the world of martial arts. With three black belts and other ranks from Brazilian Jiujitsu to Bando, I estimate I’ve invested well over 100K into and 30 years into my own training (not including the untold millions spent on my 3 schools). I’ve trained literally thousands of people and I’m telling you – a lot of training is not needed for self defense.

Heck, you don’t even have to purchase the SDTS Program (my business manager will kill me for writing that) – I just want you to have the courage to fight back.

You’re tough, you can take it!!

The cold hard truth…if you get killed you were most likely going to be killed anyway so it’s your choice – GO DOWN FIGHTING or just go down.

Every time an EXPERT says someone like Melissa was ‘lucky” or “you need years of training” that’s the same as telling you, “you’re too week, too slow and too old so you might as well submit…or pay me a ton of money to live”….and it’s infuriating. It makes people weak-willed and that’s not what I’m about.

Do not let them scare you into buying something you don’t need.

If you want to do martial arts…great – but don’t buy into the “years” for self defense nonsense, it’s just not true.  Just ask Melissa.