How to Get to that Dark Place

How to Get to that Dark Place 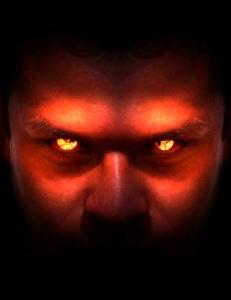 All criminals are willing to take that first step and use violence to get what they want regardless of the physical and mental damage it causes you.

We’ve learned that fighting back actually decreases your chance of being injured and suffering from post traumatic stress disorder.

Unfortunately you’ve been brought up in a society that tells you just the opposite.

Between reasonable people, I don’t have a problem with these ideas but the people committing rape, assault and homicide are far from reasonable.

They’re damaged goods and trying to reason with them is not possible.

Remember you can’t reason with crazy!

I’ll agree, violence never “solved” anything…but it sure stopped a lot of shit.

There are times when you need to stop unreasonable people with violence.

Normal people, myself included (clears throat), aren’t comfortable with the idea of hurting another human being – Congratulations, you’re not a psychopath!

Nonetheless in order to protect yourself you’re going to have to get into a survival frame of mind. This requires you to leave the reasonable and do the unthinkable.

Surviving violence depends on your ability to “take that first step”. The sooner you take it, the greater your chances of survival. The biggest problem is that you’re unsure and unwilling to engage the enemy. Therefore you’ll wait until it’s too late and the damage will be done.

Look, this isn’t practicing some self defense moves with your friend or fighting in a competition where you hug your opponent after the match.

This is a knockdown, drag out, fight for your life, him or me, tear, bite, gouge, try to breathe, struggle for your life.

But don’t worry – every living creature on the planet has this self defense mechanism, from an elephant to an ant and you have it too, only yours has been suppressed by “civilization” and ant-violence rhetoric.

In order to get to your “happy place”  you will need to:

To do this you need something to hit, stab, etc that resembles a human being but is NOT one.

Next you need to take a few, simple techniques and practice them as hard and as fast as you can.

You need to FEEL it.

Feel the full force of your blows. Feel the pain of the contact – drive yourself harder, faster and longer. Imagine it’s someone trying to rape you or attack your children. Imagine waking up in the middle of the night to discover someone standing in your doorway.

Then FIGHT BACK – ATTACK until you have nothing left to give…and then give some more.

The more you can do this, the easier it will be to “flip the switch” and go into battle mode – remember it’s in you already – you just need to wake it up.

The pen is mightier than the sword…especially when you jam that pen in your attacker’s throat!!!