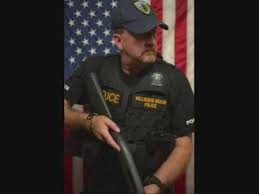 Instructor John Landry is no stranger to violence. During his tenure as a State Law Enforcement Detective Lieutenant (retired) and a paid part-time police officer in Broward County, his duties have always involved training.

As a police officer and security professional, Instructor Landry has been attacked several times with weapons and empty hands, “I had to utilize m combatives training on many occasions.” Instructor Landry was involved in undercover and task force operations as well where he.“had to take care of myself by myself in some of those assignments.”

Instructor Landry started his martial arts training with Judo in 1974 and then branched out to many different martial arts systems and styles where achieved several black belt ranks. He still teaches Judo and Japanese Ju-Jitsu to kids at the local Police Athletic League and has been teaching martial arts, self defense and firearms since 1989.

Did someone say TV Star?

Instructor Landry appeared on Knife or Die on the History season 2, episode 4 where he almost completed the grueling course (did someone say rematch?!?!)

Instructor Landry is currently holding self defense classes in the palm beach area featuring Self Defense Company Combatives and looks to continue to grow his reach behind the SDC Banner.

To contact instructor Landry about self defense classes in the Palm Beach area:

Find an Instructor Near you  HERE <<<<

Discover how to be a Self Defense Company Instructor HERE <<<