Why “Control” in Martial Arts is bad for self defense. 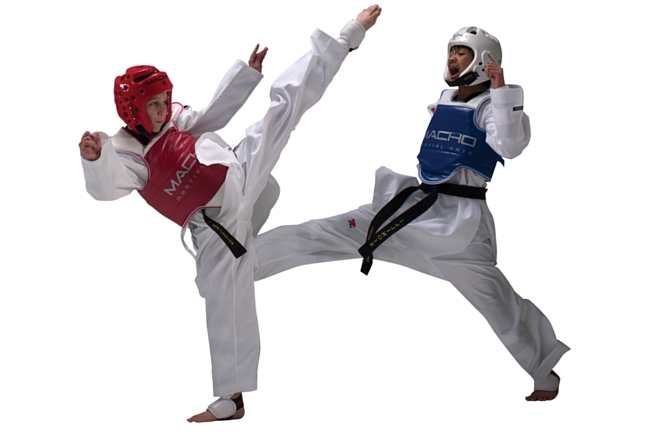 Why “Control” in Martial Arts is bad for self defense.

YOU HAVE NO CONTROL!!!

Control. In the martial arts world this word is used to describe your ability to come as close as you can to your target without actually hitting him. In my Tae Kwon Do days, we took great pride in being able to come as close to the target as possible without making contact. This demonstrated our mastery over our bodies and our ability to “save a life, rather than take it.”
Little did I know, it was doing more harm than good.

Sparring competitions were point tournaments and I would actually get penalized and disqualified for hitting someone too hard in the body. Most times even striking to the face was a penalty.

The reason for this is obvious – no one needs to get a broken nose or a black eye for work the next day. The purpose is to compete and stay safe which is something with which I happen to agree.

The problem lies in your habit of pulling your technique. Under real stress you NEVER know what’s going to happen. Because of my training I used to work security and bodyguard. I worked with a lot of my fellow martial artists and on several occasions I would see them strike, pull their punch AND STOP!

Why? Because that’s what they’ve been training to do their entire lives. Fight, score, stop – wait for your point to be awarded.

Hey, these guys are good at what they do, but no one is allowed to make REAL CONTACT.

How you train is how you perform.
And I learned this lesson the hard way…

Back in my point sparring days I got into a fight and was locked up with a guy. I tried desperately to hit him in the body but  my shots  had little effect.  His friends proceeded to work my back, the only thing I could do was escape.

Why didn’t I hurt him? I was bench pressing 380 and the US Eastern Regional Heavyweight Sparring Champ!!!

At that point I had a serious crisis of faith with my training because SPARRING and Practicing self defense moves on a training partner made me pull my punches.

And it was at that moment I did something about it (I went traditional!!!)

I stopped sparring and practicing with a training partner all together and just “HIT SHIT.”

Sure, I never really won any more point tournaments, but who cared, my technique was really working! Now I could really hit with PENETRATING FORCE.

The reality is that inorder to injure your attacker you MUST practice at 100% power and hold nothing back. This is the only way to be effective, have confidence and actually do damage.

You must practice full power, NO HESITATION and NO regard for your target.

That’s why I rarely (now never) train self defense on a training partner.

Pulling your punches and control is the “silent killer” of martial arts and if you want to be effective in real life, you should avoid that practice.