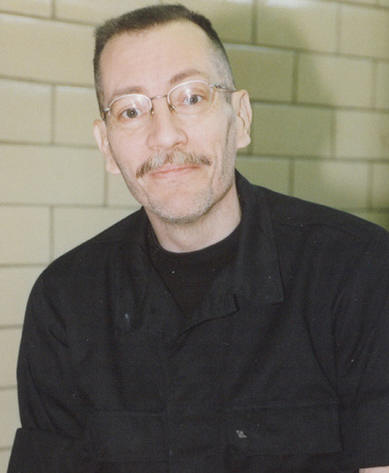 “Carl Cestari was one of my instructors and mentor in the world of combatives. He died way before his time in 2007, he is greatly missed.” – Damian Ross, The Self Defense Company

In Carl’s own words….

There are few men more feared than professional boxers. Forget the “fantasy” myths so prevalent in martial arts circles. A competent professional club fighter would massacre most martial artists. Hell, most serious amateurs would do the same. I’m not interested in the 1000-year-old “secrets” of One Hung Lo. I know what I know after all these years.

Regardless of whether anyone wishes to accept or deny the truth, the truth remains.

The questions you need to ask are: Why are boxers so good? What can we learn and HOW can we apply these lessons to our own training in combatives?

Hitting and being hit,  not giving in, training that HURTS! Balls! The strip mall studio may make you “sweat”, Cardio Kick Boxing may take off the “pounds”, but it’s NOT the same as HARD TOUGH training.

Forget about the “schools” that promise FUN, EASY, “NON-INJURIOUS” SELF-DEFENSE! There ain’t NO SUCH ANIMAL!

Secondly, boxers train in only a FEW skills, but to a HIGH degree of REALISTIC PROFICIENCY!

Lastly, boxing is pragmatic! NO ROOM FOR BULLSHIT!

Okay, so how do we apply this to OUR THING? (SDC Combatives Training)

1. TRAIN HARD
Make contact, train with a real rough and tumble attitude! Eat the PAIN, it WON’T KILL YOU! Condition YOUR weapons! GET TOUGH (where did I hear that before?).

You had better grow some HARD BARK on your ass, if you hope to survive and prevail in a REAL STRUGGLE for LIFE and DEATH!

Now I am NOT talking about BRUTALIZING anyone in training. THAT ain’t what I’m talking about! I am saying that hard, realistic PROGRESSIVE training, will build TOUGHNESS, like proper weight training builds strength and power.

I think that those who say they have “IMPROVED” – “REFINED” – “COMBINED” and any other nonsense, have simply MISSED THE POINT! Or feel compelled to add “Bullshit for Bucks”(NO that wasn’t an old game show).

The KEY again is HARD WORK!

A boxer works his left jab into the GROUND, always striving for more POWER, SPEED, and ACCURACY, right? So do the same with the Tigers Claw, Chin Jab, etc. Make these few skills THE absolute BEST they CAN BE!!!!!!

Example: I don’t need 2000 “moves”, if I train my Tiger Claw to be so QUICK, so POWERFUL, so ACCURATE that there ain’t a damn thing you can do to stop me from ripping your face off and knocking your block completely OFF YOUR FRIGGIN’ SHOULDERS and IF THINK YOU CAN STOP ME I’LL STOMP YOUR DAMN WORTHLESS ASS INTO A BLOODY PUDDLE!

3. REALISTIC PRAGMATISM
If it ain’t broke don’t fix it. If it sounds to good to be true, it is! Anything that can screw up will! We’re all in this ALONE. No one’s getting out of here alive.

When your number is UP well it’s UP! Getting THIS?

People often say stupid things like: “What would you do if you had to fight Mike Tyson?”. What are you talking about, stupid? If someone was going to harm your family, wife, loved ones or friends……….Would you look at the threat and say – Oh BOY he looks really tough, really dangerous, I might get HURT! Or would you tear into the THREAT with absolute bloody-minded ruthless brutality fueled by abject hate and rage coupled with killing intent. Only YOU can answer that! But I’d much rather DIE on my feet, than LIVE on my knees!

All top combative athletes have a LIMITED number of methods that they have honed to perfection. They have a never say DIE attitude, they EAT PAIN, and they don’t believe in the “Tooth Fairy”. These are GOOD solid lessons for close combat.

My late “Unc” Emilio Panero was one of the NO BS toughest men you would ever meet and believe me there were many that wished they didn’t.

His advice, to paraphrase…….”I don’t give a flying F**K who he thinks he is, he doesn’t have a clue as to who I am” and “whatever it takes…….a gun, a knife, a lead pipe, or my fists, feet and teeth, his MOTHER will wish SHE was never BORN”

Have a good night!

I STILL can’t say it better myself.

Look, we train like this EVERYDAY and you can join us RIGHT NOW.

What are you waiting for?

In the street you’re either hitting or getting hit, time to pick a side.

History favors the bold my friend.