Q: How do you fight someone who is willing to die?

The days of only worrying about mugging, car jacking, domestic violence and sexual assault are over. While they will always be a great concern, we’re in a war and it’s  starting to rain hell on every law abiding citizen the world over.

Las Vegas was only the NEXT LEVEL.

But that’s just what you know of…

Literally every week someone stops a mass killing when it’s in the planning or rehearsal stage.

A few weeks ago, a janitor stopped a suspect from continuing a shooting rampage that killed one student and injured three others at a high school near Spokane, Wash. HERE <<

Then there’s the 22 year-old guy who stopped a mass shooting in Nashville, TN. HERE <<

Home grown terror is not just an “American Problem”. The citizens of Russia and of course Israel have a long history with this issue and now citizens of the United Kingdom, Germany, Italy and France are dealing with this on a daily basis.

Now this next thought is what keeps me up at night….

Right now there are people smarter, more devious and willing to do outrageous and violent acts hiding in wait, all they need is to be connected with the proper resources.

Las Vegas has raised the bar and bodycount once again. Imagine if there was another shooter in another hotel…the body count would have been more than triple what it was.

The Avivim school bus massacre was a terrorist attack on an Israeli school bus on May 22, 1970 in which 12 civilians

were killed, nine of them children, and 25 were wounded. The attack took place on the road to Moshav Avivim, near Israel’s border with Lebanon. Two bazooka shells were fired at the bus. The attack was one of the first carried out by the PFLP-GC (The Popular Front for the Liberation of Palestine – General Command)

Today, you don’t need a bazooka to take out a bus. All you need is a few firearms and a way to disable the vehicle. Imagine what would happen if 1 or 2 school buses turned up with all of the children dead. Would you send your kids to school the next day? Or ever?

The Beslan Massacreis the attack that causes me the most stress. If you don’t know this story – learn it well, because its coming to your town. It began on 1 September 2004, lasted three days and involved the capture of over 1,100 people as hostages (including 777 children), ending with the death of 385 people. The crisis began when a group of armed Islamic separatist militants, mostly Ingush and Chechen, occupied School Number One (SNO) in the town of Beslan, North Ossetia (an autonomous republic in the North Caucasus region of the Russian Federation) on 1 September 2004. The hostage-takers were the Riyadus-Salikhin Battalion, sent by the Chechen warlord Shamil Basayev, who demanded recognition of the independence of Chechnya at the UN and Russian withdrawal from Chechnya. On the third day of the standoff, Russian security forces stormed the building with the use of tanks, incendiary rockets and other heavy weapons. At least 385 hostages were killed, including 186 children, with a significant number of people injured and reported missing.

If you don’t know the first day of school in Russia is like a holiday. All of the families come to drop their children off at school on the same day. It’s referred to as “First Bell” or Knowledge Day. There plan was simple – when the families entered the courtyard to drop the kids off – kill of the the men using firearms and take the woman and children hostage. Next they used the older boys (since this was a k-12 school) as labor to build barricades and booby traps. When the boys were finished they lined them up in a second floor hallway for all to witness outside and executed them.

The terrorists took over the school with firearms and created booby traps and bombs using drums of gasoline, nothing more. It is reported that approximately 12 of the terrorists escaped. Intelligence sources feel that these men have been leveraged to train future terrorists in the tactics uses at Beslan.

Let’s think about this…if you were a terrorist, where do you go?

Those would be soft targets with plenty of defenseless people.

My guess is it will be a grammar school. There will be less chance of resistance from a larger kid and greater impact on the world. Instead of having to deal with teachers and students you would just have to deal with the teachers.

It will be at a school that is unguarded. No armed security on the campus.

Look, Newtown happened and my town STILL refuses to put an armed cop at the door – it’s crazy (the next town has one and it’s great). This is the world we live in, time to adapt or die.

So what can you do to protect your community?

The advantage of living in a small community or neighborhood is that strangers stand out. In order to execute an attack, terrorists must be able to plan, stage and gather resources. If something looks out of the ordinary, call the police. If you work at a gas station and someone is filling up 55 gallon drums – call the cops. If you see someone taking pictures of your school or mall, call the police.

You’re not going to bother them, in fact, some of the biggest arrests happen when a concerned citizen reports something suspicious.

It’s time we all upped our game and paid a little more attention to the world around us. It’s not prejudice, it’s not racist, it’s realist. 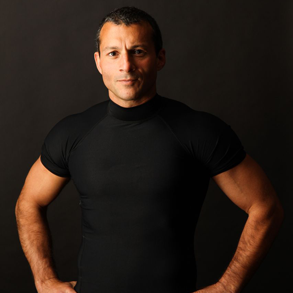