How Nice People Can Learn to Use Violence to Defend Themselves. 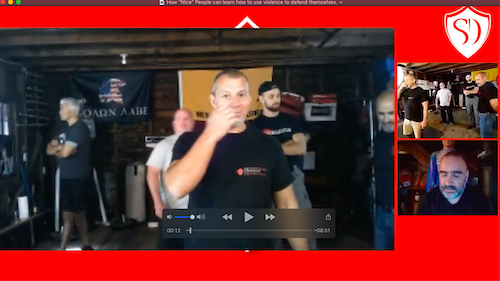 How Nice People Can Learn to Use Violence to Defend Themselves.

How “Nice” people can learn to use violence to defend themselves? 🛡

From the CORE COMBAT webinar – the question is “How can I teach my wife and children to use violence when they’re non-violent people.” ☮

NEWSFLASH – We’re actually non-violent people and the thought of actually causing injury to another human being turns our stomach (and that’s a good thing) because it means we’re not violent psychopaths.

So when training you need to focus on the WHY you’re doing it and not the WHAT you’re doing.

Let’s say you’re training an eye gouge 👁 . The thought of actually gouging someone’s eye is gross.However, if you needed to gouge someone’s eye to prevent my child from being raped or murdered…well…you’re going to do what is needed to STOP the attack.

Think about the WHY not the WHAT.