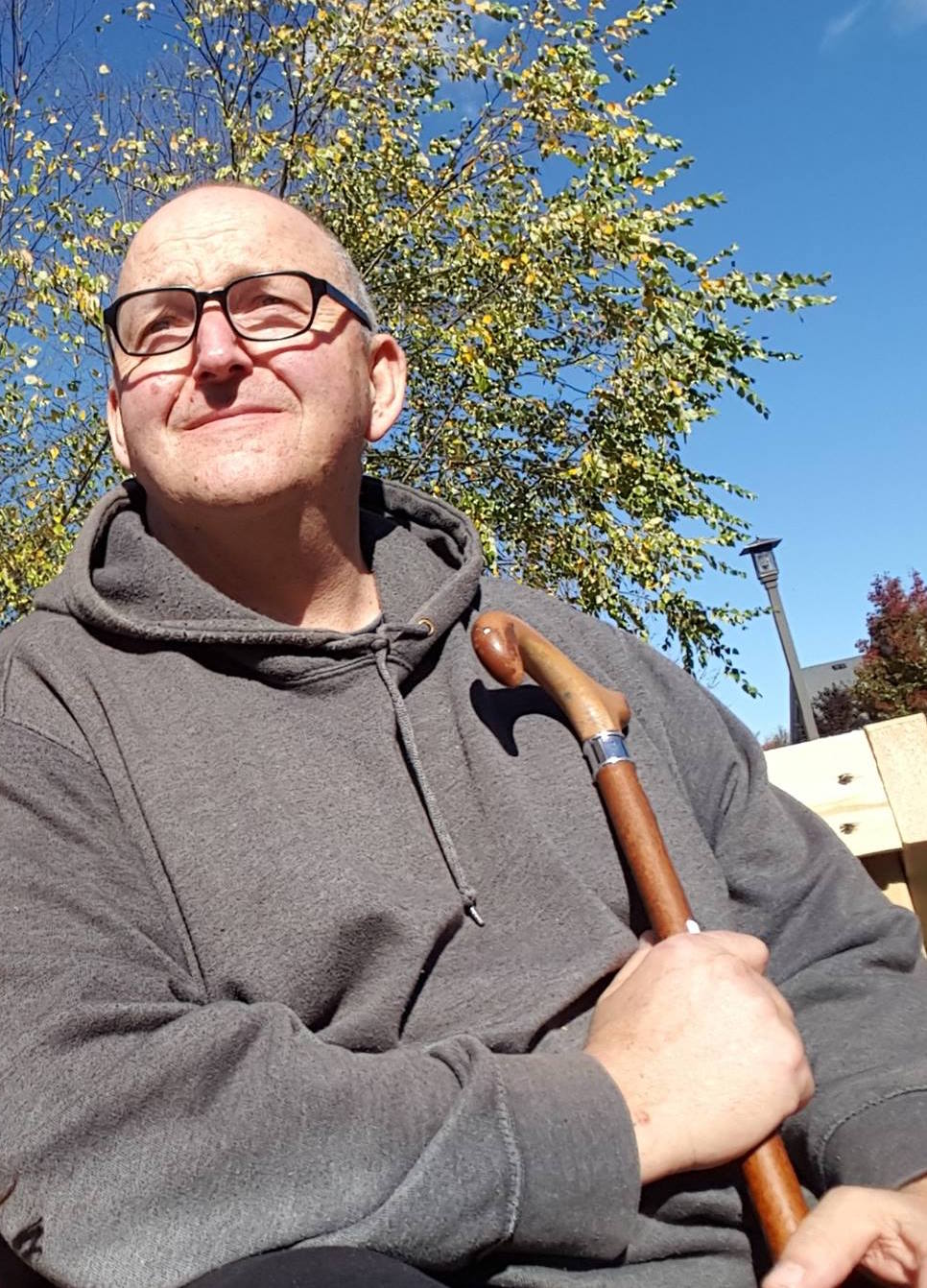 Man with with limited use of his hands, one leg recovering form prostate surgery DESTROYS attacker with the Self Defense Training System.

I met Kevin Jones in 2013, after he purchased the SDTS Combatives program. He discovered the Self Defense Company after

surviving an attempted kidnapping while working in a hospital in Jeddah, Saudi Arabia.

One morning, Kevin was walking to work in broad daylight on a main street to catch a cab. Before Kevin knew it, he was grabbed by his back pack and pulled into a van. He fought back, but could only manage to gouge their eyes and claw at their faces. All of the Hapkido and other traditional martial arts he studied were useless.

Fortunately, that was enough. Kevin managed to break free after being dragged several yards down the road. He suffered injuries to his legs and hands, but was alive to return to his family.

It was shortly after that incident that Kevin and I communicated and he started training in SDTS Combatives. He told me about his near death experience and how it forced him to reevaluate his previous training in traditional and sport martial arts.

This is an unfortunately reality, most people contact us only AFTER their previous training fails.

Kevin was recovering from prostate surgery with limited use of his hands, one leg, a catheter stuck in his bladder and a colostomy bag strapped to his leg. The only thing he had going for him was his SDTS Combatives training and HIS WILL TO SURVIVE and get back to his family.

Can a man recovering from major surgery with inured hands, one leg and a colostomy bag fight off a determined, capable street thug?

“Kevin Jones here, we spoke in April 2013 when I started training with the SDTS Combatives Video Course. I told you about being attacked in Saudi Arabia while working there and the traditional martial arts I had trained in didn’t work so well while I was being dragged behind a truck on the street.

I was and continue to be very impressed with the common sense and usefulness of your [SDTS Combatives] training. Over the last two years I’ve had surgery on both of my hands, (after effects of the attack in Saudi), but was still able to do open hand blows that are stressed in your system.

4 months ago I was diagnosed with prostate cancer, and in the process of staging it two very large tumors were discovered on my left femur. These were not malignant but instead are a very rare form of a destructive fibrous dysplasia. They had eaten through half the diameter of the bone and replaced it with a rubbery fibrous structure. It had created 2 non-displaced fractures and a lot of pain.

3 weeks ago I had prostate surgery on Monday and on Thursday a steel rod was pounded down the center of my femur for the entire length of the bone and secured with nails and screws. I was discharged with a cane the next day.

The following week I went in for a followup appointment and we come to the point of this story.

In the parking garage I got out of my car to hobble into the hospital. Understand, my leg was very painful, and due to the effects of the prostate surgery I still had a foley catheter inserted into my bladder and connected to a bag on my leg.

I should have just worn a shirt that said “Victim” on it.

On my way in a man approached me almost immediately and my radar went off. I stopped and faced him and waited. He looked a bit surprised but then walked up to me to get close. I moved sideways, took a position of advantage and established distance just like I learned in SDTS Combatives and said “That’s enough”.

He started to move and I said “Don’t”.

He then said “Give my your money” and reached for me.

I attacked immediately, leading with my bad leg so I could push off with the strong one.  It was all open hand blows and I was almost falling into him but I knew if I stopped I would be helpless and he could kick me to death at his leisure but I was furious!

I work in healthcare and I’m blessed to be able to be kind for a living and this dirtbag preys on my patients and people who look helpless. I was not going to let him get away with it.

I powered forward as hard as I could attacking with edge of hand blows and he went down hard. I’m almost certain I broke his collar bone and gave him vagal nerve damage.

Afterward I collected my cane and moved as quickly out of the area as possible, round 2 with him would not have gone so well.

More than that, I was fortunate to discover SDTS Combatives that works even when I’m hurt and injured.

It was very painful to do and it hurt for days afterward but that’s a small priced to pay for your freedom and dignity.

The system you teach makes it possible to be having a bad day and share it with the bad guys instead of just bending over and hoping for mercy.

I can’t express the gratitude I feel for your work right now.

My youngest child is 3, I have four at home and they need me.

Thank you Brother for helping me stay around.”

YOU DECIDED TO FIGHT BACK.

Your story makes it ALL worth it. Thank you for finding us.