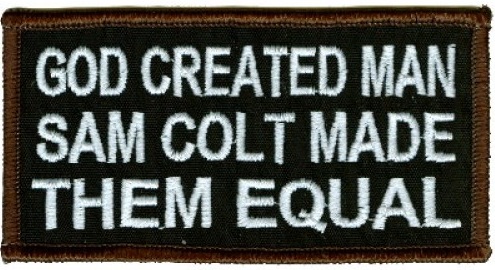 How the NRA and Gun Companies have Conned Frightened and Lazy Gun Owners into Spending Billions of Dollars.

When it comes self defense a firearm is all you need…at least that’s what the gun companies and the NRA have you believing….hook, line and sinker. They prey on your fears, manipulate statistics and con you into thinking that a gun is ALL YOU NEED.

They tell you that millions of gun owners defend themselves with firearms every year and nothing could be farther from the truth.

Now before you think I’m some liberal, leftist anti-gun lunatic – I’m not.

I own many firearms, my family and I shoot regularly and I’m an advocate of the 2nd amendment.

But, I’m also a realist.

I’ve dedicated my life to protecting myself, my family and friends. I know exactly what happens when civilians are attacked and I’m NOT going to put my safety and the safety of my family into a gun.

A firearm is a part of any self defense solution and I would question the sanity of anyone who didn’t see the value of a gun for self defense..HOWEVER for every self defense, a gun is an EXTREMELY small part.

On the other hand there’s a 1 in 42 chance you will have to defend yourself without it.

So I have to chuckle when someone starts regurgitating a t-shirt slogan or fake fact developed by a brand to sell guns, ammo and memberships.

You have been lead to believe that 2.5 million people each year use their guns for self defense or to stop a crime and it often goes un-reported.

Much like my girlfriend from summer camp, there’s no real evidence this fact is true.

There are 240 million people over the age of 12 in the US.  If the 2.5 million claim is correct then at least 1 in every 100 people has used a firearm in some manner to defend themselves.

COMMON SENSE MOMENT: If  this were actually true…wouldn’t social media be blowing up with these stories? People can’t keep their mouths shut and these incidents or at least a large percentage of them would be all over the place.

Outside of law enforcement…I personally don’t know any of my local neighbors and friends that have chased someone off their property, ran someone out of their home or even pointed their weapon at another human being.

Where did that 2.5 million number come from?

The 2.5 million is from a “study” in 1995.  Gary Kleck and Marc Getz, criminologists at Florida State University. They conducted a random digit-dial survey to establish the annual number of defensive gun uses in the United States (LINK).

They surveyed 5,000 individuals, asking them if they had used a firearm in self-defense in the past year and, if so, for what reason and to what effect.

Sixty-six incidences of defensive gun use were reported from the sample.

The researchers then extrapolated their findings to the entire U.S. population, resulting in an estimate of between 1 million and 2.5 million defensive gun uses per year.

When you look at gun crime you need to take look at the actual studies based on official records. Sure you can say law enforcement is part of the conspiracy to take your guns away and control you. But if that were true, wouldn’t they grossly OVER REPORT cases where legally registered handguns were used to commit crime and armed citizens using were firearms inappropriately?

If there is a conspiracy to for law enforcement to seize your guns, they’re doing an extremely poor job of it.

The reason these reports are conducted is to better train officers and respond to trends in crime. That’s it.

How Often do Civilians Use Guns for Lethal Self Defense?

The FBI Report Justifiable Homicides and Non-Fatal Self Defense Gun Use indicates that in 2012 there were 259 justifiable homicides in the US where civilians used a firearm.

How Often do Civilian Gun Owners Use Guns to STOP Crime?

This brings us to the 2.5 million number the NRA and the gun manufacturers like to quote. While the FBI doesn’t have the exact number, we can make an educated guess based on what the National Crime Victimization Survey (NCVS) conducted by the Bureau of Justice Statistics reported  (HERE).

This 0.8% includes both “threatening or attacking with a firearm” in self defense. This also includes off duty cops, so the civilian only use is actually a little lower – but we’ll use this higher number anyway.

That means  only 46,881 people each year stop a crime with there firearm.

Regardless of how far off this guess could be, 46K is a far cry from the 2.5 millions claimed by the NRA…but it’s still a good enough reason to own a firearm!!!

Now the big question…
What’s the Chance You will use a firearm to defend yourself or you family in ANY manner?

In fact you’re 120 times MORE likely to have to defend yourself without your gun.

What’s the chance you or your loved one will be a victim of a violent crime?

According to the BJS Criminal Victimization Report (HERE) based on people in the US over 12 years old (240mm) there are 5,923,660 violent crimes committed every year.

and there’s only a 0.02% chance of you using your firearm for self defense.

This makes you 120 times more likely of having to defend yourself without your gun.

But that doesn’t stop you…

You still buy into the fear mongering and are convinced that a gun is going to solve all of your problems.

You continue to shell out thousands upon thousands of your hard earned cash thinking that all you need to do is pull the trigger and SQUEEZE.

Why are you such a sucker?

Because you’re scared and lazy.

You think all it takes it to pull the trigger and your problem is solved…it’s easy…its a magic pill.

Don’t live under the delusion that a gun is all you need. It’s a tool that’s part of a complete self protection plan.

I’ve experienced enough civilian violence to understand how attacks develop and escalate and many times you will never have time to draw your weapon.

I know there are millions of gun owners who, no matter what you tell them, will still lie to themselves and think that they’ll have time to draw their weapon and fire and stop the threat but…

Like these NYPD officers who fired 84 shots and missed 83 of them..

I’m not criticizing these cops, I’m using it to illustrate this point:  Like self defense in the dojo, shooting under life and death stress IS COMPLETELY DIFFERENT than the range.

If you someone who thinks you can shoot your way out of any situation are flat out LYING TO YOURSELF.

Cops and civilians alike believe everything the need is in their holster and attached to their gun belt.

These are the guys who usually hide behind their buddy…you know, the guy or gal who actually knows how to fight.

Guns are a part of the self defense solution, but in real life…an extremely small part…a 0.02% part. If you’re serious you better have a back up plan for when Murhpy’s Law is in full effect.