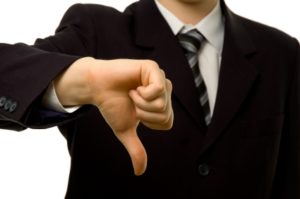 If you posted a video anything, (especially in martial art and self defense) – without FAIL a self proclaimed “expert” will emerge and point out some useless detail that has no bearing of the effectiveness of the technique.

Bottom line – if it works, DON’T FIX IT.

I have literally trained and coached thousands of people in at least SEVEN different disciplines and one things for certain – once you get beyond the basic concept of a technique, it will vary from person to person and as long as it works…LET IT ALONE.

A while ago, some “Facebook Expert” criticized one of my judo throws, Osotogari (big outer reap) – well that poorly executed throw won me multiple state and national championships in judo – so apparently it’s good enough on SOME LEVEL.

The need to OVER-CORRECT and OVER ANALYZE is one thing that separates the bad coaches from the GREAT coaches.

Most “experts” need to justify their existence by LOOKING FOR FAULTS and over correcting. This runs rampant in the martial arts world.

Truth is this is a sign of incompetence and insecurity.

Instructors who MICROMANAGE technique to the point of insanity only HURT the student because the student is so focused on the minuscule, meaningless detail that they forget the purpose of the technique.

That’s when the learning STOPS because the student starts to become self conscious and begins to shut down.

Part of the learning process is exploration – making mistakes and SELF CORRECTING. Given enough time, your body will figure out out to accomplish the task in the most efficient way possible.

Who am I to tell you you need to turn your foot 30 degrees more, or lift your elbow another half inch if you’re blasting your target!!!

When I coach or instruct it’s simple – give the WHY, HOW and WHEN and then… “STFU”.

Purpose, concept, and basic movement. Then I shut my mouth.

In a 50 minute session I will only correct you on 2 or 3 things if needed. It’s really all anyone can handle.

Anything more is going to have a negative effect on your learning curve.

In my opinion a good coach should get you there faster and farther. Yet martial artists pride themselves on HOW LONG it took to do something.

This is COMPLETELY BACKWARDS.

To be honest, if it takes you several years to get a black belt this tells me that either you, your instructor or your “system” are faulty.

The reason martial arts take so long is because martial arts schools charge tuition that is based on time – the LONGER you train the MORE MONEY they make (let that sink in a bit).

Martial arts are a business that thrives when you take longer.

In reality, the OPPOSITE should be true – you should actually pride yourself on how LITTLE time it took. In my late 30’s it took me 8 months to get my black belt in judo and another 6 months to get me second degree.

If it took me several years to teach you anything, I should be fired.

As a fully grown adult with consistent training, you’re going to get as good as you’re going to be in about one to three years (depending on your natural ability). This includes competitive sports as well.

You either HAVE IT or you DON’T – and you don’t need to spend boatloads of cash trying to turn a pig into a princess.

Sorry if I went off a bit here, but everyday I see people spend thousands upon thousands of dollars on excessive coaching – from youth sports to self defense – it’s the same ol’ shit.

“Expert” over corrects, gets you super self conscious and you wind up being worse off than when you started.

PS. What’s an expert? Someone who lives more than 50 miles away and charges you over $100 an hour.