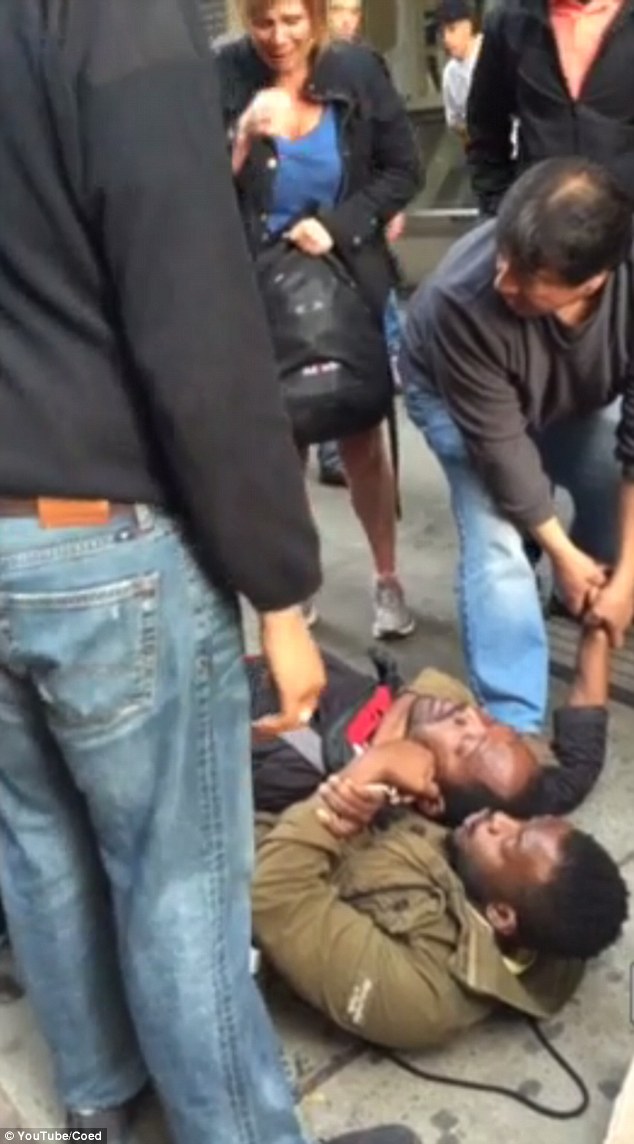 Good Samaritans held down a man who allegedly robbed a 36-year-old mother of two Wednesday night in New York City.

37-year-old Theodore Shearin is accused of mugging Jaime Cowgur before tugging her down half of a city block, Cowgur lives in Phoenix, Arizona, and had been sightseeing in New York with her two children Shearin allegedly tried to steal Cowgur’s backpack, and hauled her after she hit the ground and kept clutching the bag.

He reportedly got away from the Good Samaritans who intervened and fled on foot, and was pursued and apprehended by MTA police officers. Shearin has been charged with PCP possession, as well as assault and robbery

The website reported that after Cowgur’s wallet ended up on the ground, Shearin stole $40.

Though it’s not seen in the footage posted to YouTube, Shearin got away and fled on foot, and was pursued and apprehended by MTA police officers, DNAInfo reported.

Police told the website Shearin has been charged with PCP possession, as well as assault and robbery.

Deon Frank told the New York Post ‘I heard screaming and saw a woman with a bloodied lip. All her stuff was on the ground.

‘He reached down and grabbed some of her cash and start running away, so I chased him and he tried to attack me so I put him in a position so he couldn’t get me and I called for help.’