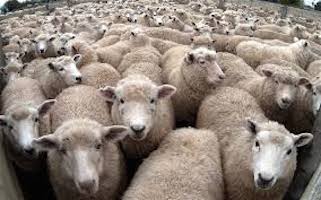 Fighting back is a scary proposition. Risking physical injury is unnerving at best and terrifying beyond comprehension at the worst. Getting punch in the ring is a lot different than going at it in the street against a violent criminal or rapist.

Stepping off into the abyss of real violence, the unknown of what is going to happen when you’re life is at risk should scare you shitless.  No sane person enjoys this feeling.

Yet some of us are willing to take that first step when we know that there are no other options.

You need to understand that the majority of people don’t have that capacity. In fact, they can’t even comprehend it. They’re sheep and they love telling you that if you fight back you will fail. It justifies their panic and inability to physically stand up to violence.

Only there are times you can’t run, you can’t call for help and making a stand is your only option. I’m here today to tell you that they are WRONG and your desire to stand up to defend and protect is not only the right thing to do, but the odds are in your favor that you will be successful.

I’m also here to tell you that your concerns are real and justified because bad things happen to good people every day. The good news is that even a little preparation goes a long way. Even simply accepting the fact that you may be attacked is a huge step in the right direction.

The wolves are criminals and  bullies who prey on the weak. They live lives without honor and aren’t even worthy of being considered animals. They’re rabid and need to be put down.

Sheepdogs are people who are good in nature and have the rare capacity to stand up to the wolves.

The sheep are the vast majority of society. They don’t have the capacity to fight back and can’t comprehend anyone doing it. They call you “crazy” or “stupid”. They criticize you. But that’s just their panic talking. The harder they argue, the more scared they are. Trying to explain your desire to defend and protect is like trying to explain algebra to a dog.

The sheep deny that they will ever be attacked to justify their position of inaction. They think because they live in a nice area or send their kids to a good school that nothing will ever happen.

As you’re going to discover, this is not the case. The chances of you being attacked, raped, sexually assaulted are far greater than you think because the vast majority of assaults go unreported.

Make no mistake – everyone feels the same FEAR.

FEAR is your alarm system that prepares you for battle. It’s your way of recognizing danger and preparing for it. It doesn’t matter WHO YOU ARE – you feel fear.

The sheep don’t have the capacity to take that step. They succumb to fear and let FEAR turn into PANIC.

Panic is useless. Panic is destructive. Panic will kill you.

The sheep are ruled by fear. They project their weakness on you – they attack your ability to defend yourself and deny your willingness to do so.

Sheep want to drag you down. Your failure makes the sheep happy with an “I told you so.” The sheep justify their NOT preparing by denying it will ever happen.

The sheep have taken over the asylum.

They’re all over media and education.

The sheep push the responsibility of resistance off on others when they encourage you to “CALL FOR HELP”. To depend on someone else for your safety – someone “qualified” and “trained”.

What if you can’t call for help? Most times you will be alone when you’re attacked and calling 9-1-1 is not an immediate option.

The sheep love to tell you how to live your life. Don’t go there after dark, walk with a friend, don’t wear that dress…and the list goes on. While this advice is fine, I would love, just once, for a talking head in the media or a police spokesperson to say “If you find yourself backed in a corner- FIGHT LIKE HELL!!! Kick ’em in the nuts, hit ’em with a rock and get the hell out of there.”

Wouldn’t that be GREAT!!! Just once I want someone in the media to tell you – “It’s OK to fight back.”

Because the odds are in your favor when you fight back.

Fighting back can be VERBAL or PHYSICAL.

When you FIGHT BACK:

The truth is here: if you fight back you the odds are in your favor.

We all have FEAR – learn how to use it to your advantage the way God and Nature intended.

Don’t listen to the sheep – they don’t understand you and you’re not going to convince them to protect themselves. In fact, you need to thank them – the more sheep for the wolves, the less chance you will have to defend your self and your loved ones.

PS. If you think the chance of you being attacked or a victim of violence is unlikely, I have a couple of studies that say differently.

Study 2: 80% of the population over a 20 year period will be a victim of violent crime.(Victimization_Report)