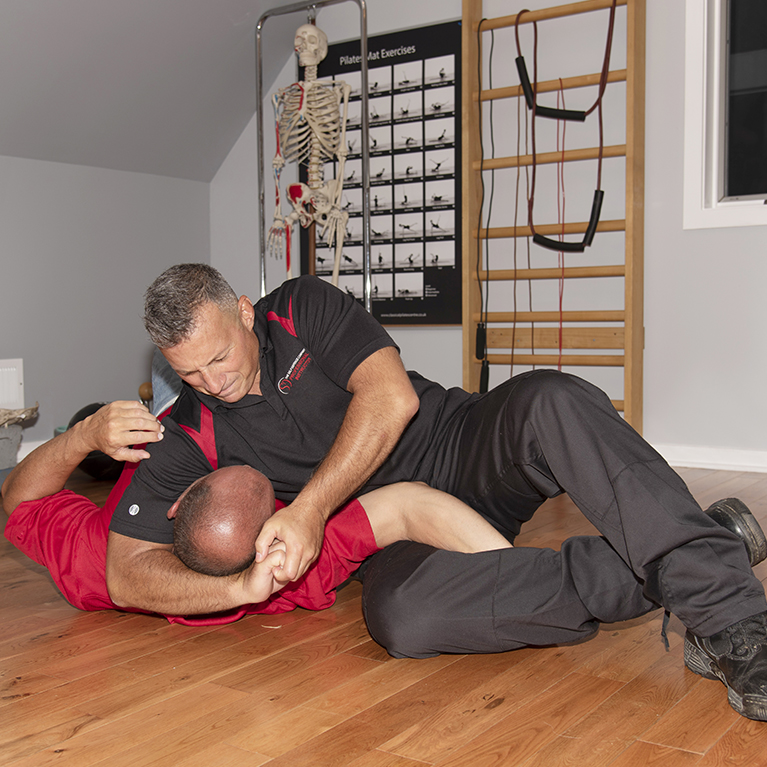 For the first time in over a decade, someone asked me what does “Train Honestly” mean. I say it as my sign-off on every message and until now, I never really thought about the full meaning.

“Train Honestly” was something my mentor, the late Carl Cestari and I used to say to each other. It’s the equivalent of “keep it real.” It’s being realistic about your ability, how you prepare, the situation and your attacker.

What is your current physical and mental preparedness level? Who are you right now, not who you once were or who you want to be at some point in the future. Your ability to defend and protect depends squarely on who you are in this moment.

Many people base their personal assessment on they last time they were really physically active. You always hear guys in their 50’s talk about basic training or the academy…and that was for several weeks over 30 years ago. It’s like bench pressing 300 pounds ten years ago. You probably don’t think you can bench 300 now…but if you were to guess your max, you would most likely over estimate it. However, if you’re training honestly – you would get on the bench and get a real number.

Your physical abilities are under constant deterioration and you need to assess them every week. It’s negligent to reflect on something you did decades ago and try to apply it to your current situation.

The same holds true for the people who “want to get in shape first”. As an instructor, this is the most frustrating because these are the people who need self defense training the most. You will get targeted when you appear weak. If you’re in shape, you’ll look stronger, and exude confidence — decreasing the chances of your being assaulted. So it is upmost important you do something immediately and figure out exactly what you can and can’t do. If you can’t hit, you should have a few defense weapons on you at all times….and you need to train with them.

The more honest your are with yourself, the easier it will be for you to actually do something meaningful and effective.

Train honestly also applies to your bodies reaction to fight or flight situations. When your SNS is activated, what will you REALLY be able to do. As martial artists we get very impressed with our ability to look cool. Smooth, flowing motions look awesome. Being able to execute complicated and athletic moves FEEL great, but you can’t use them when your SNS shuts down your fine motor skills and puts your subconscious brain on autopilot.

Training honestly seeks to simplify and work within those SNS parameters. It stops you from going down the garden path of fancy and flashy moves and keeps you on the dirt road of the laughably simple. If it is more complicated than swinging a bat or kicking a ball, it will be harder to to hardwire it into your fight or flight skill set. When you’re under attack, you will only be able to do a handful of skills so you need to learn how to adapt those skills to any situation instead of learning new skills for each and every different situation.

Plus it frees up your time to do more valuable things. If you can end the attack with a simple strike, why waste your time with a complicated joint lock that won’t be there when you’re attacked anyway. It takes only minutes to practice the strike, but hours to master the joint lock. Maybe that time is better spent…getting in shape, going to the range or spending time with some friends.

Look, if you want to master those fancy techniques for the sake of the art – I think that’s great, as long as you understand what you’re doing and why you’re doing it – that’s training honestly. I spent years training with a bo staff…I’m not a Shepard or from Zamunda so I don’t carry one with me, but I had a ton of fun with it. (Kudos if you get the “Zamunda” reference).

Are you being honest about your attacker?

Be honest about who is willing to use force to impose their will on you. Avoid assuming that because they’re “untrained” you have the advantage. They’re out there “killing what they eat”. You’ve got a theory – they have experience. They have a plan with a history of success. They targeted you because they feel they can get what they want from you without being caught, identified, or injured, so never underestimate them.

Alway assume they are armed, have friends, intent and ability the ability to cause you physical harm. The picked the time and the place…you didn’t.

Understand that this isn’t a title fight. This is a predator-prey relationship. Your attacker expects you to submit. He expects you to act like prey. However when you resist you change his expectations and he is forced to re-evaluate the risk versus the reward. Most times, this is enough to STOP the assault. It’s uncommon that it goes into a knock down drag our brawl. This usually happens when the initial intent of your attacker is to kill or maim you.

Don’t project your values and reason on someone who doesn’t have them.

Anyone who is willing to use force to take what they want is morally compromised. To try and “reason” with them at this point in their lives is useless. In fact, your attacker knows this and will use you willingness to “compromise” to take as much as they can. Would you deal with a rabid dog the same way you would your pet? Reasoning and trusting a criminal during an assault is like trying to pet a rabid dog.

Can you honestly defeat ANY attacker?

Many martial artists have this unspoken belief that they can defeat any attacker….and if you don’t train their way, you’re going to get killed. They won’t say it…but if you read the comments on any self defense posts from firearms to karate – you’ll see it.

There’s also situations you need to avoid. The way martial artists train for multiple attackers is astonishing. It’s like a movie, where every attacker comes at them, waiting to get their ass kicked. Knowing when to hold ’em and when to fold ’em is a huge part of your ability to survive. Which means you need to be honest, assess your situation and know when and how to get out of there.

Remember, it’s not about what I can do, it’s about what YOU can do…RIGHT NOW. Any education curriculum from kung fu to cooking should be designed with a specific purpose and a maximum result based on the abilities of the student.

Train Honestly is a constant reflection on reality.

You should always have this attitude, especially when it comes to teaching.

I’ve literally trained (in person and on line) probably 300,000 people IDK – it’s been a long time…I know for certain that there are thousands of people who could “pack my lunch”. I’ve personally met some of them…and I never take it personally, in fact, it’s just the opposite. If someone tougher, smarter and more skilled than me thinks I have something of value to help them – it’s is an honor.

The funny thing about the martial arts is that when you walk into a typical dojo…the instructor thinks (assumes) he is the toughest, baddest mofo in the place. If you’re an instructor, remember this – just because someone wants to learn something you know – NEVER assume they can’t fight. That’s like an NFL coach thinking he can play better than his players.

You’re a coach, a teacher – you offer something they want to know, nothing more, nothing less. Hopefully, if you do your job right, they will learn faster and do it BETTER than you.

Thanks for stopping by and until next time…